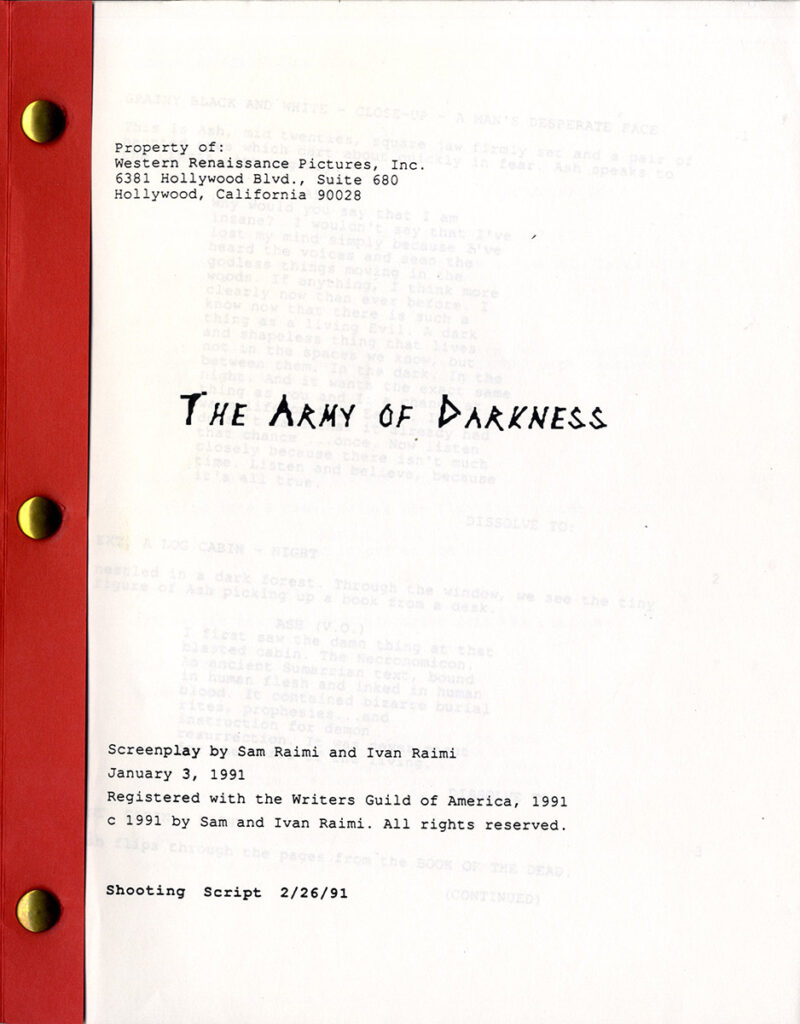 Two different screenplays which delineate the construction of this film’s script.

ARMY OF DARKNESS is a 1992 American comedy horror film directed, co-written and co-edited by Sam Raimi, co-produced by Robert Tapert and Bruce Campbell, and co-written by Ivan Raimi. Starring Campbell and Embeth Davidtz, it is the third installment in the Evil Dead franchise, and a sequel to Evil Dead II, and follows Ash Williams (Campbell) as he is trapped in the Middle Ages and battles the undead in his quest to return to the present.