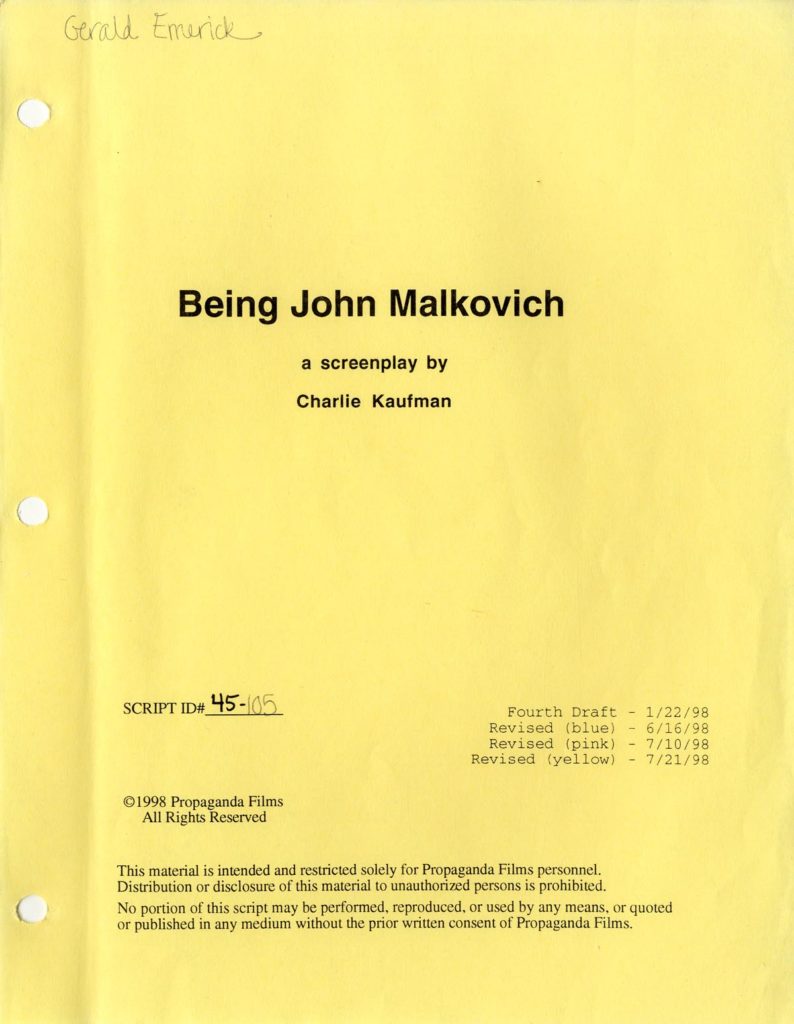 Printed studio wrappers, brad-bound, studio-generated mechanically produced script printed on rectos only, 108 pp. (with numerous pages of revisions on different colors of papers and with various dates up through July, 1998). With a two page call sheet and two pages of faxes (concerning roles being cast for this film) laid-in. A little bit of smudging to wrappers, a bit of creasing to script, some wear to the two pages of faxes, overall just about fine in near fine wrappers. With the name and address of an actor who played the role of “Sad Man” written on front wrapper, and his name written on title page.
Screenwriter Charlie Kaufman’s debut as a feature film writer, and one of the classic, crazed comedies of the last 25 years. Oddly, despite this film’s comparatively recent vintage, this is a very scarce script, of which I have never seen another.