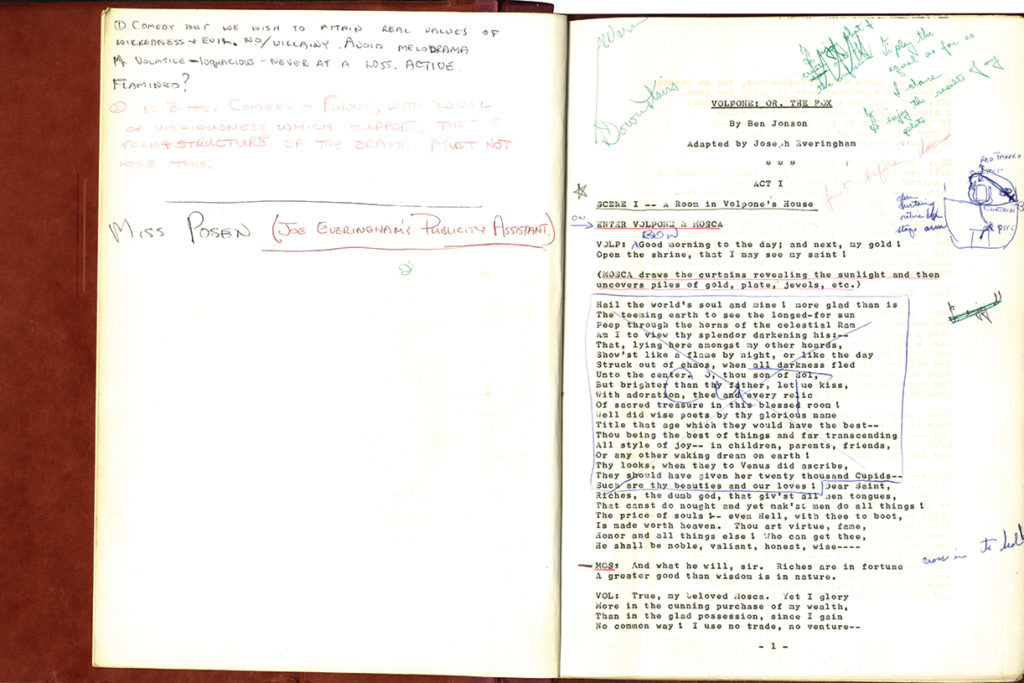 Everingham had previously adapted Ben Jonson’s The Silent Woman for a well-received production given at MIT, where he was a professor and dramaturge. This heavily-annotated script is most likely one that belonged to him, as he served as director as well as playwright, as evidenced by the plentiful MS notes.