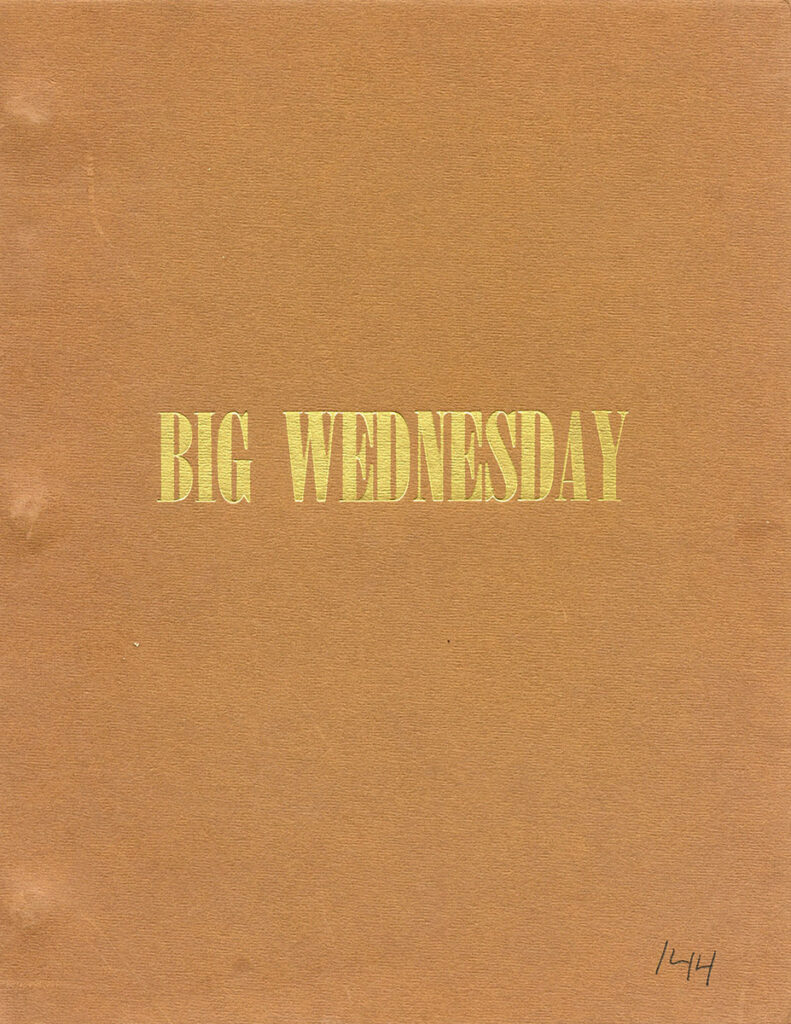 Writer-director John Milius’ homage to surfing and the southern California beach culture. Written by Milius and Dennis Aaberg, it is loosely based on their own experiences at Malibu, California. The picture stars Jan-Michael Vincent, William Katt, and Gary Busey as California surfers facing life and the Vietnam War against the backdrop of their love of surfing.

Raised in Southern California, Milius made Big Wednesday as an homage to the time he spent in Malibu during his youth.