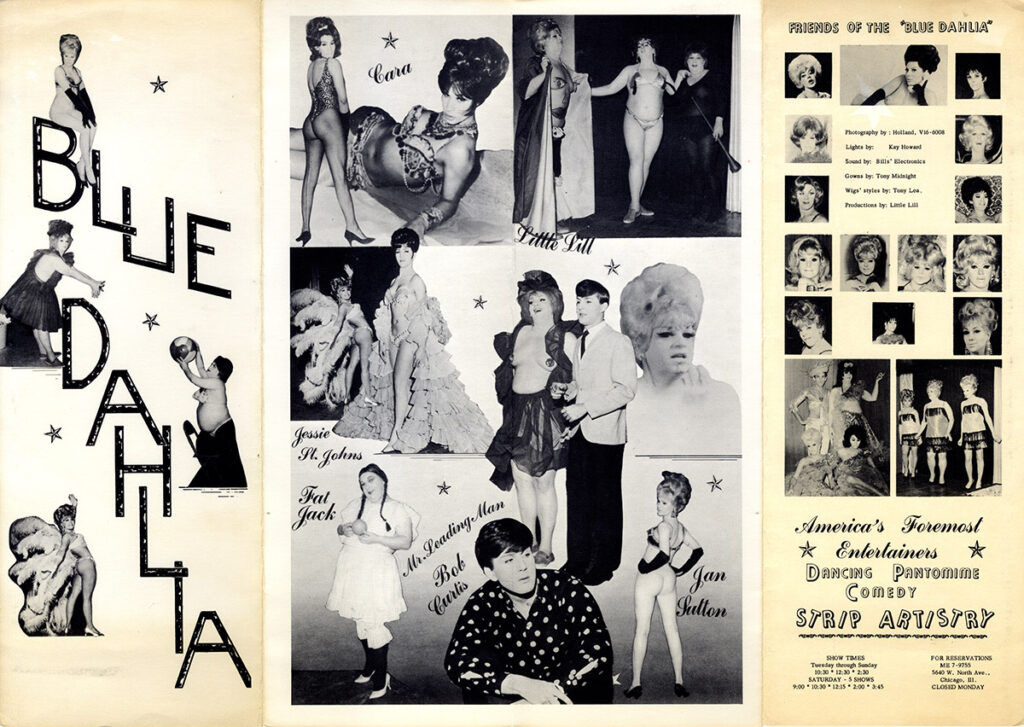 Ephemera for a drag show at the Blue Dahlia Show Lounge, together with a playbill for another series of shows at the club featuring several of the same performers. The Blue Dahlia, a struggling straight bar in the 1950s, began hosting drag shows in the early 1960s and, backed by the mob, became a center of the “female impersonators” performance scene throughout the 1970s.

The superbly designed program features photographs of dancers in various states of undress. The group performed three shows a day Tuesday through Sunday, with two shows on Saturday. Includes sheet advertising the show “Turn About Follies of 1967” with Cara Montez and Jan Sutton, two of the Dahlias advertised in the larger fold-out poster brochure, with a comedy show promoted on verso.

Two rare artifacts from this landmark of queer history in Chicago.