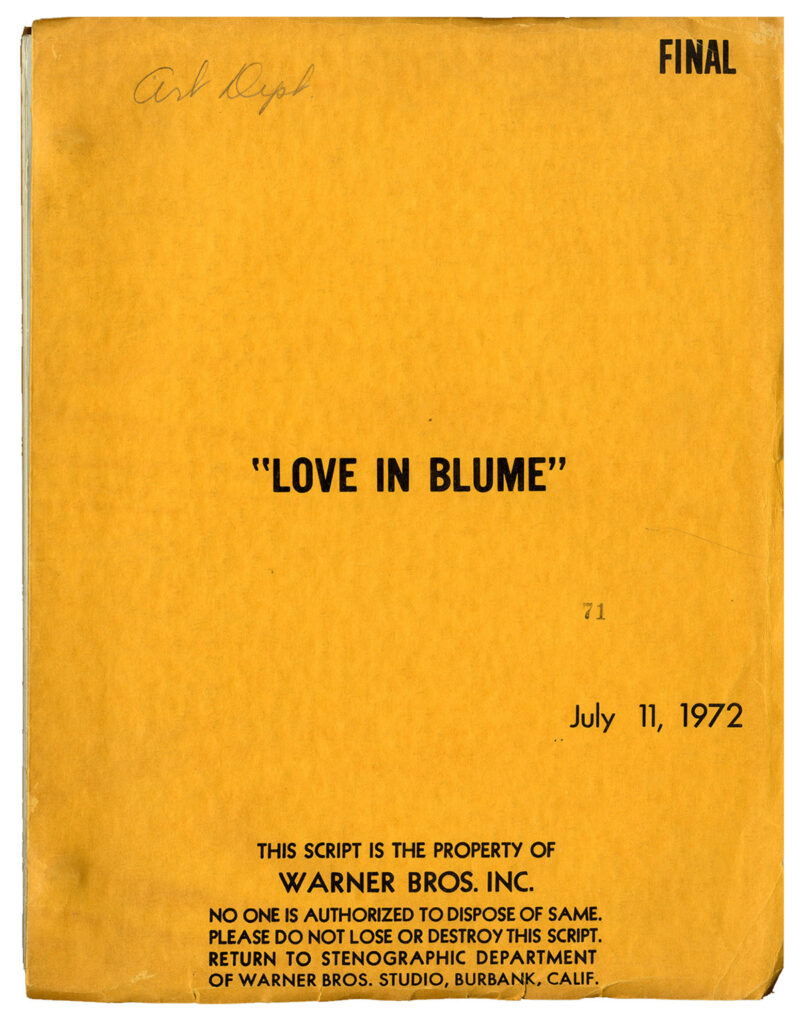 Paul Mazursky’s comedy BLUME IN LOVE is something of a classic of the New American Cinema movement of the 1970s — a story of a divorce lawyer (George Segal) who is still in love with his ex-wife (Susan Anspach), who has more recently taken up with a very supportive and laid back man (Kris Kristofferson).