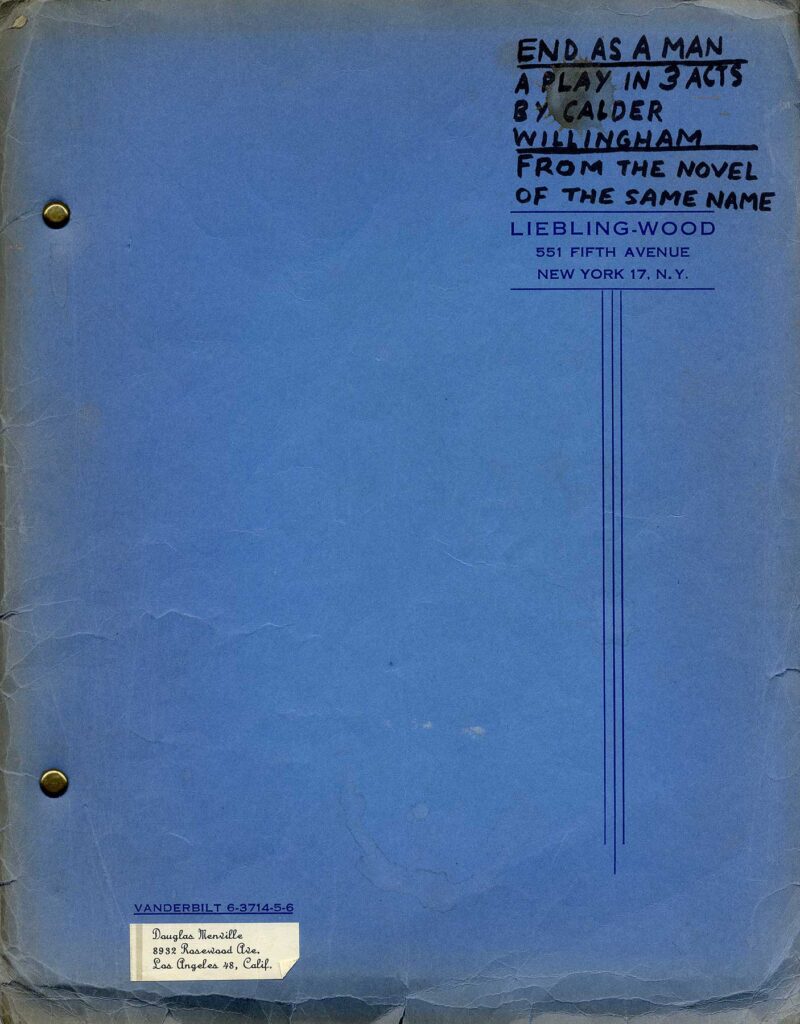 An important typescript of this play, which remains to this day unpublished.

Novelist Calder Willingham took his 1947 novel about a southern military academy and adapted it into a 1953 play, which premiered off-Broadway. It was then in turn adapted into a 1957 film, THE STRANGE ONE. Both the play and the film were directed by Jack Garfein, a key member of the Actors Studio, and various members of the off-Broadway cast, including Ben Gazzara and Pat Hingle, also appeared in the film.

The story, about a sadistic upperclassman who manipulates and domineers others, had clear homoerotic overtones on stage. In fact, when New York Times film critic Bosley Crowther reviewed the 1957 film, he referenced “a homosexual angle, so strong in the play.” Portrayals of same-sex attraction were seldom seen on the Broadway stage in mid-century theater, and this play is a significant milestone.