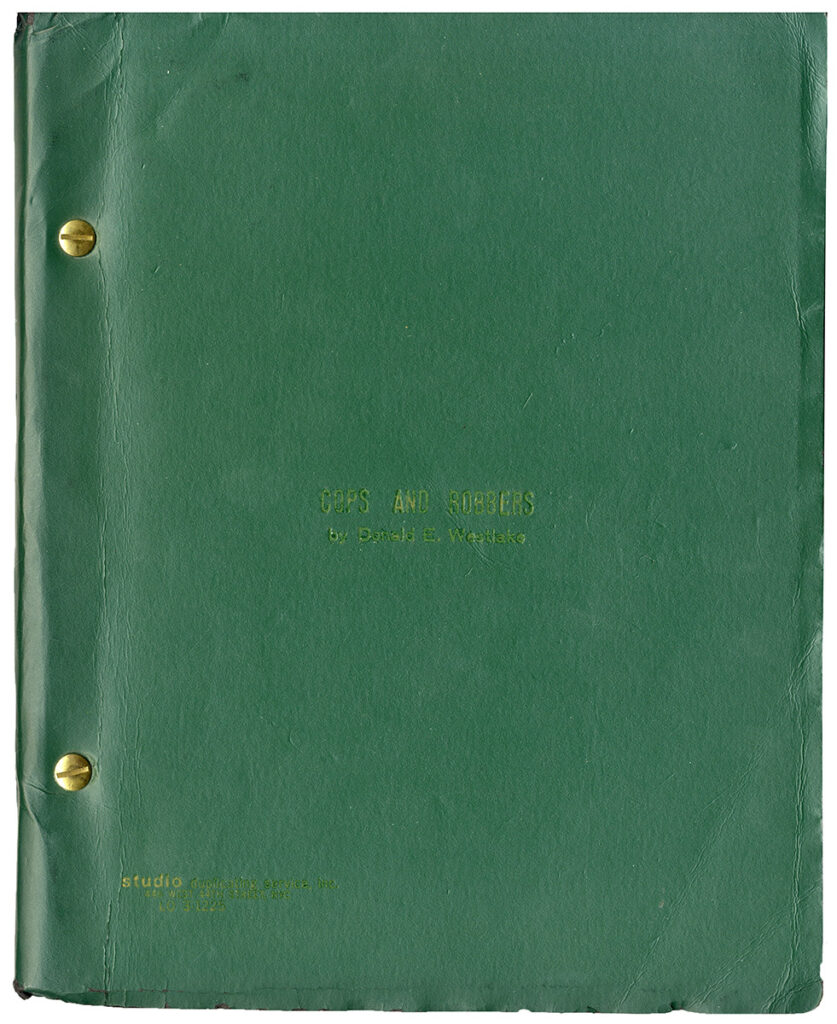 Master crime novelist wrote this as an original screenplay. The film was directed by Aram Avakian and was released in 1973. Westlake subsequently developed this into a novel. The film is a crime comedy about two disillusioned cops who decide to pull off one huge robbery in their uniforms and retire off the proceeds.