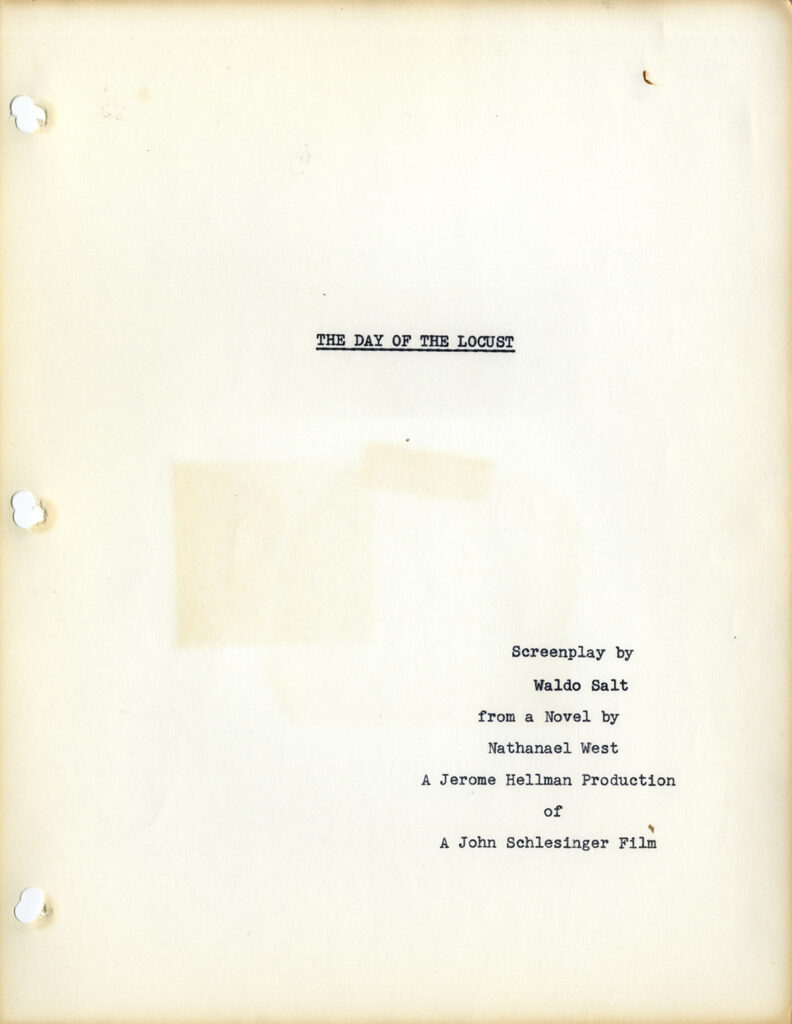 DAY OF THE LOCUST, THE (1975) Adapted screenplay by Waldo Salt

THE DAY OF THE LOCUST, John Schlesinger’s adaptation of Nathanael West’s dystopian novel about a crushing and monstrous Hollywood, is often considered one of the finest of all Hollywood films.