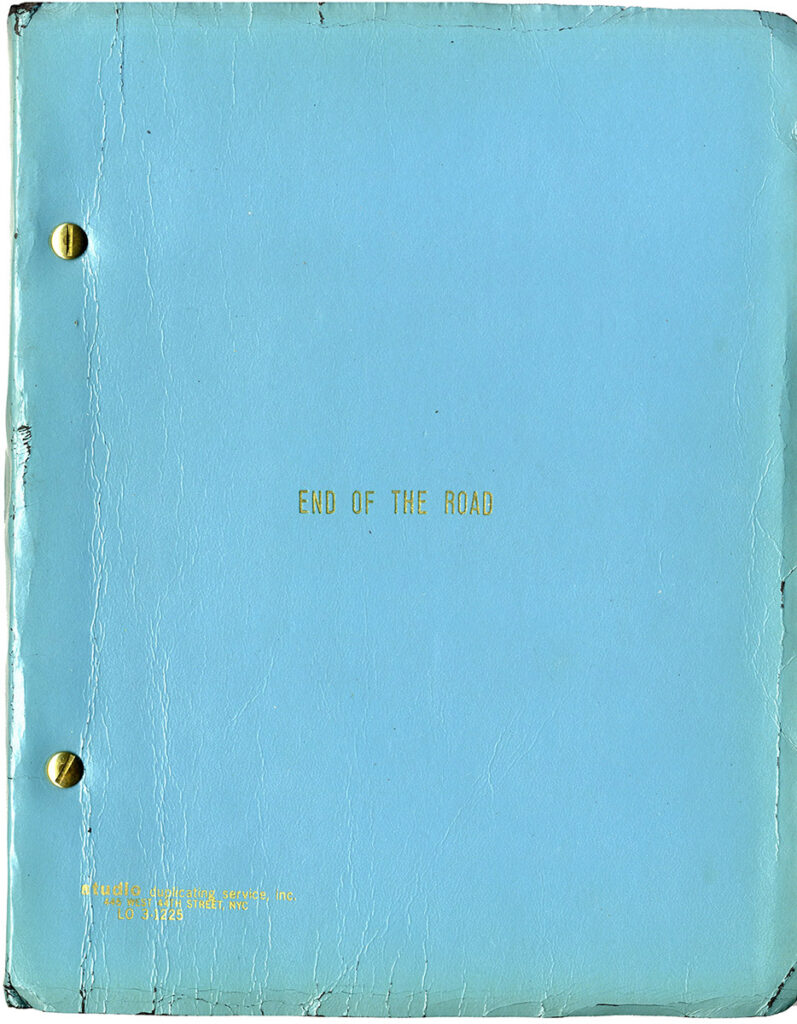 Title page credits the screenplay to Terry Southern, Dennis McGuire, and director Aram Avakian, as based on the novel of the same name by John Barth. The film starred Stacy Keach, James Earl Jones and Harris Yulin.

“The film was given an X rating for an abortion scene, and other frank scenes including one in which a naked man rapes a chicken.

“A nine-page Life Magazine article was published on Aram Avakian and End of the Road on November 7, 1969. Avakian was also interviewed at length in Playboy and Esquire. End of the Road is a ground-breaking early indie picture. Many of the cast and crew went on to distinguished careers.

“The film gained a cult following at art movie houses across the U.S., where audiences would speak aloud the lines while they watched the midnight screenings. In 2012 it was released again (DVD) from a brand new original print struck from a pristine negative by Warner Brothers, as part of a series of re-discovered cinematic treasures in their archives. The director Steven Soderbergh rediscovered the film, spearheaded its revival, and made a companion documentary, An Amazing Time: A Conversation About End of the Road.” (Wikipedia)