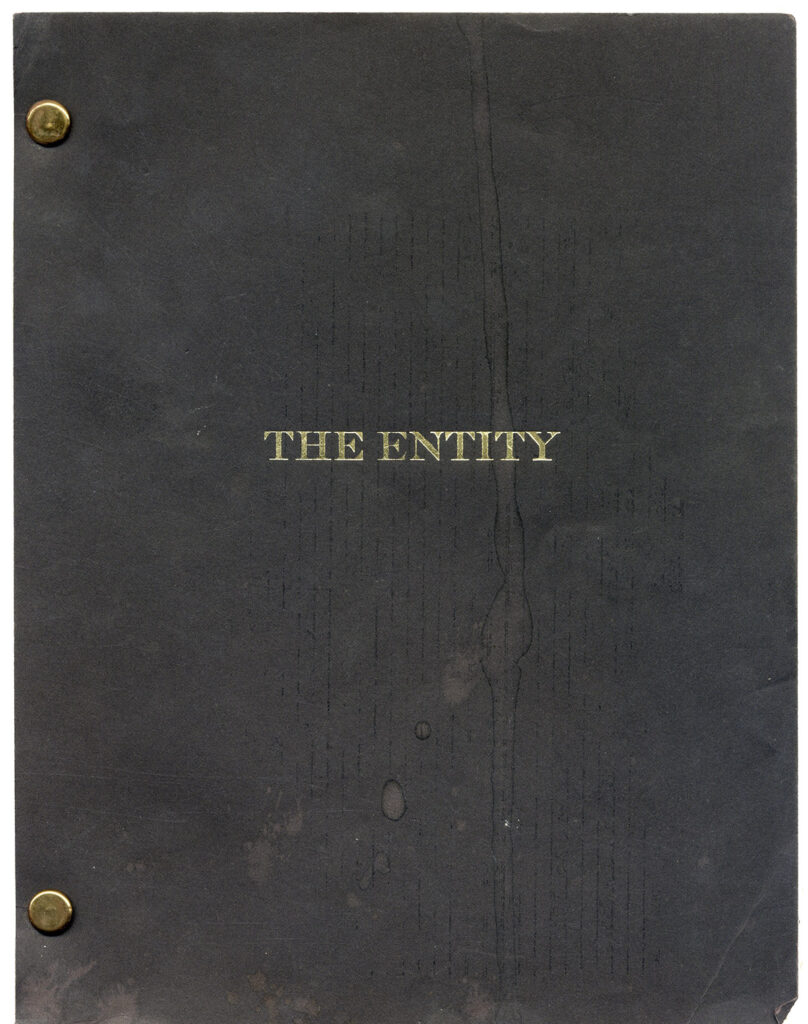 THE ENTITY is a well-regarded horror film, directed by Sidney J. Furie and starring Barbara Hershey and Ron Silver.

“Film scholar Daniel Kremer interprets The Entity as a parable for female sexual victimhood, citing the lead character of Carla Moran as a woman who ‘goes head-to-head with a gaggle of men (including the “entity” itself). If the men of the film do not undermine her credibility or sanity, they objectify her, exploit her victimhood, belittle her ability to take control of her unfortunate circumstances, and ultimately give her the dignity of a glorified lab rat.’” (Wikipedia)