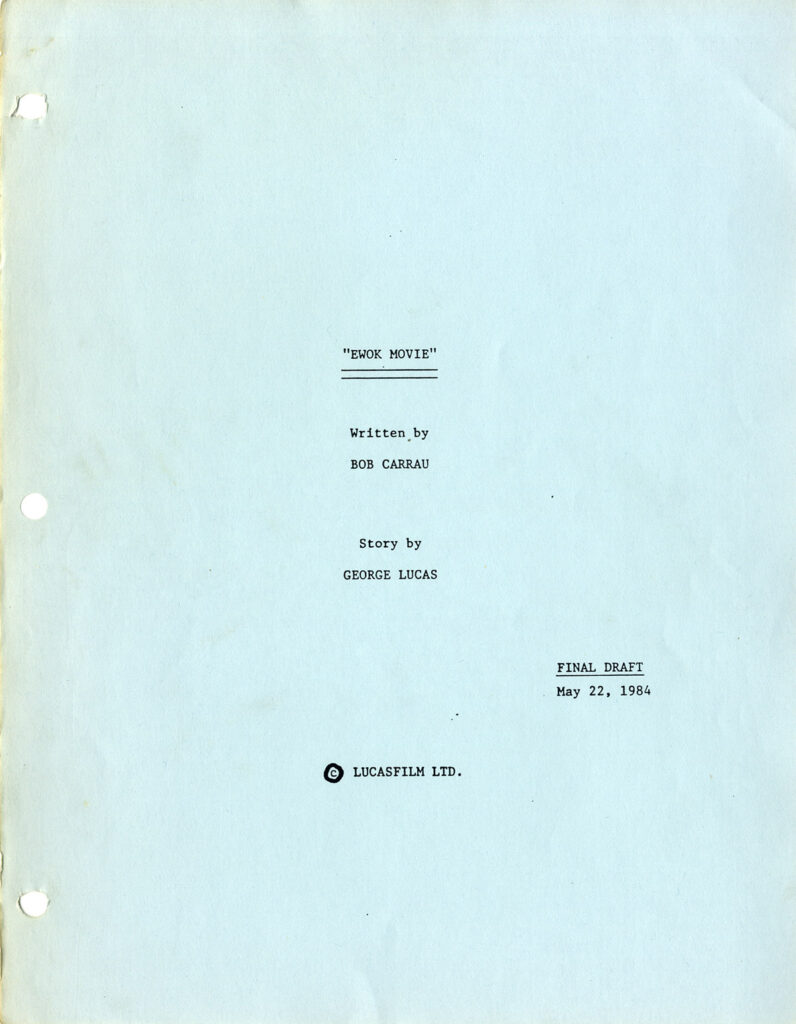 In this film, originally screened as a television holiday movie, Wicket the Ewok and his friends agree to help two shipwrecked human children, Mace and Cindel, on a quest to find their parents.