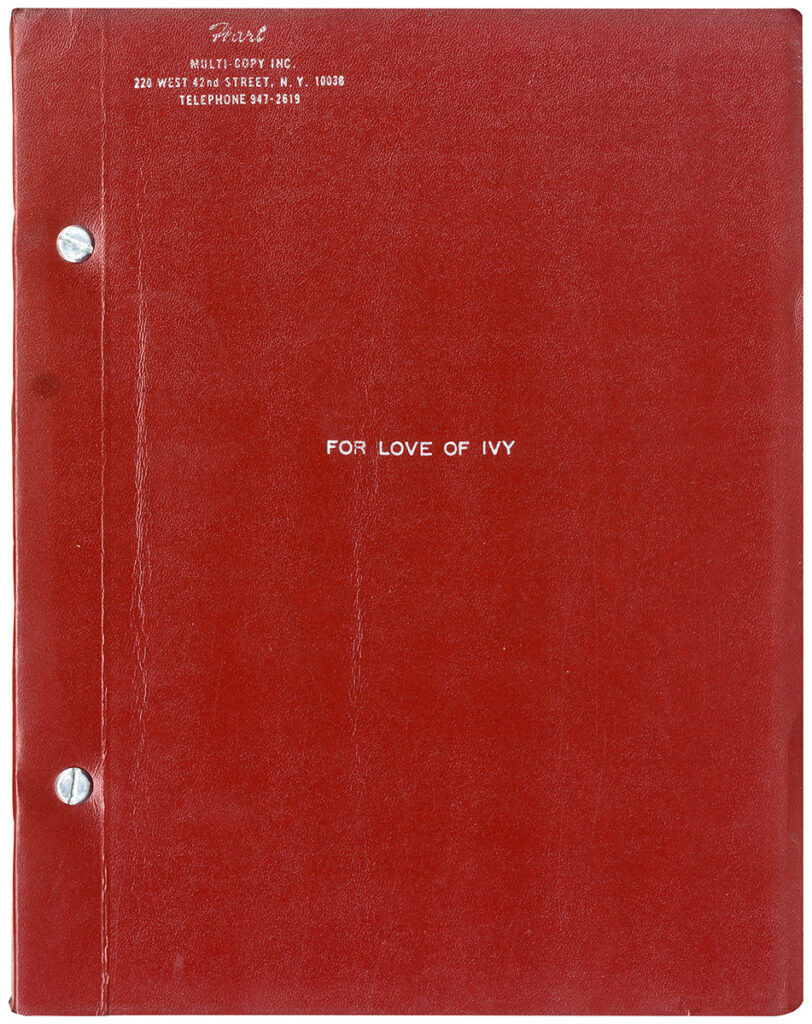 Bogle, Hollywood Black, p. 156: “After his trio of hits in 1967, Poitier struggled to meet the demands of a changing age and shifting attitudes. To his credit, he sought to update his idealized image by making FOR LOVE OF IVY (1968) in which he played something of a romantic hero opposite jazz singer Abbey Lincoln.”

In the 1960s, a theatrical feature film focused on a romance between two African Americans was something almost never seen, hence this gentle little film is something of a historical landmark.