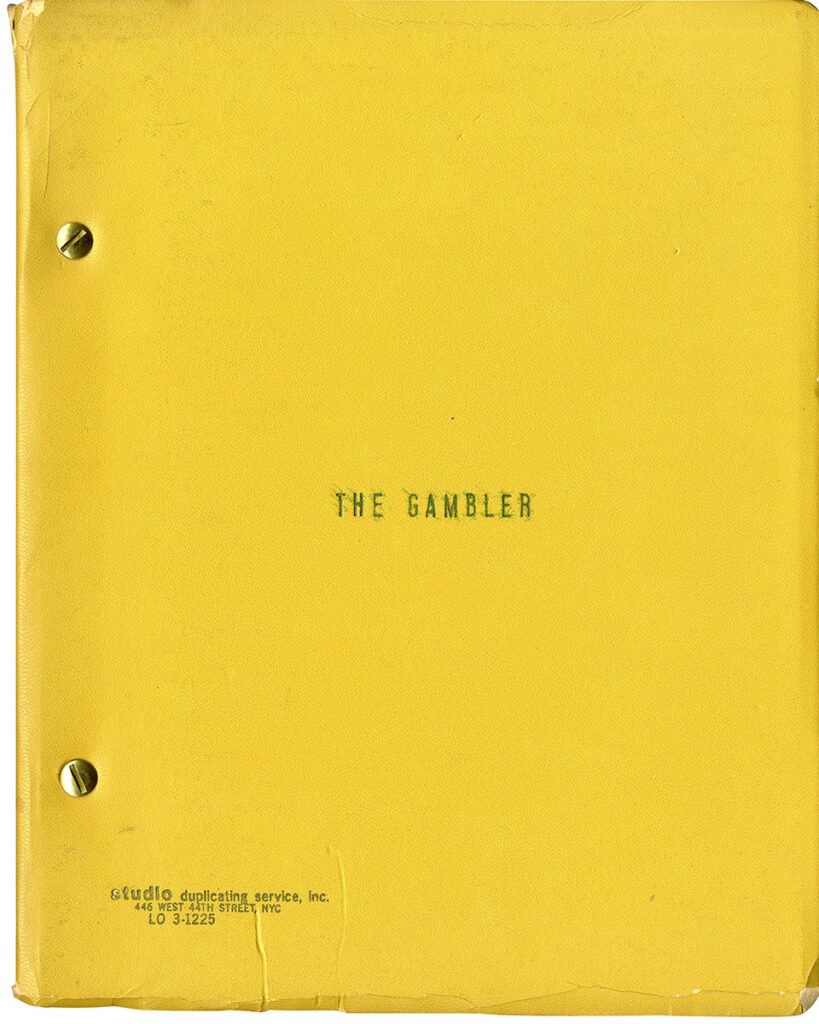 Grant, p. 253: “[Film’s greatest strength is] the exploration of the self-destructive impulse behind [the hero’s] gambling; he knows he’s going to lose, in a sense he wants to lose, but this if anything enhances the rush of each new hazard.”