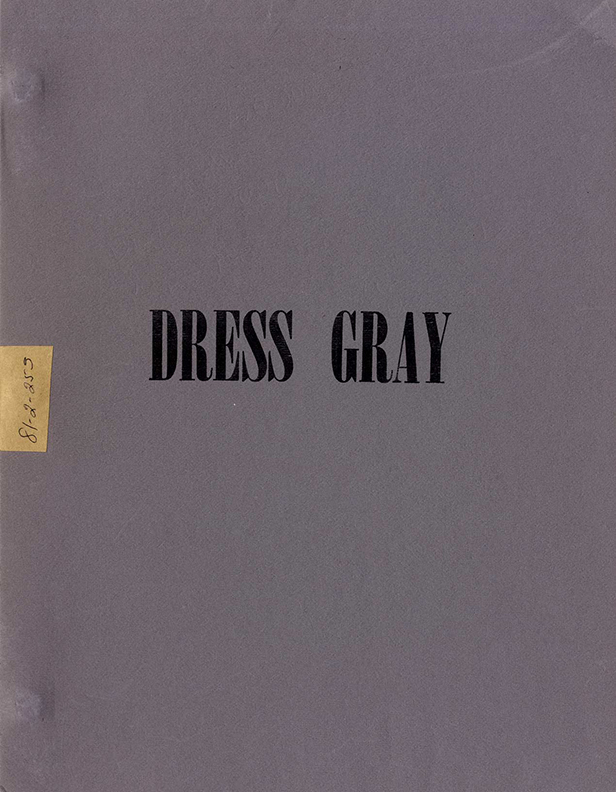 Vintage original Final Draft script by Gore Vidal, adapted from the novel by Lucian Truscott, USA. Burbank, CA: Warner Bros. Television, 25 September – 4 October 1985. [2],226,[1], plus lettered inserts, quarto, printed on blue and salmon stock (the latter dated revises), brad bound in studio wrappers. A call sheet for the 17th day of shooting is laid in. A few smudges to wrappers, else NEAR FINE.

Final draft script expanded and in 1986 aired as a two part made-for-television production.

This pair of scripts, which are very different from each other, are a very interesting example of Vidal’s work as a screenwriter, especially because of the film’s LGBTQ subject matter.