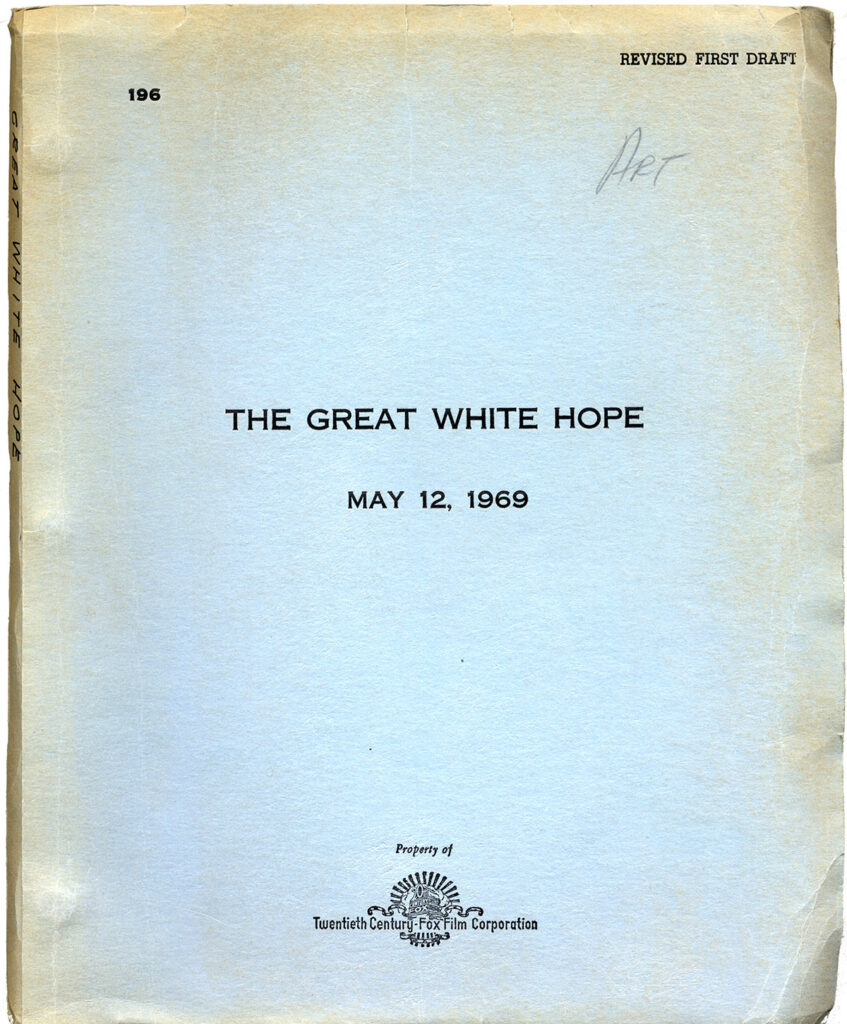 Bogle, Hollywood Black, p. 138: “Loosely based on the life of boxer Jack Johnson, who had shocked Americans when he became the first black world heavyweight champion in 1908… .The movie version brought to the big screen a defiant African American hero, not ready to back down from anyone as a nation’s racism closes in on him… .James Earl Jones [as Johnson] became the first black actor since Poitier to win a Best Actor Oscar nomination.”