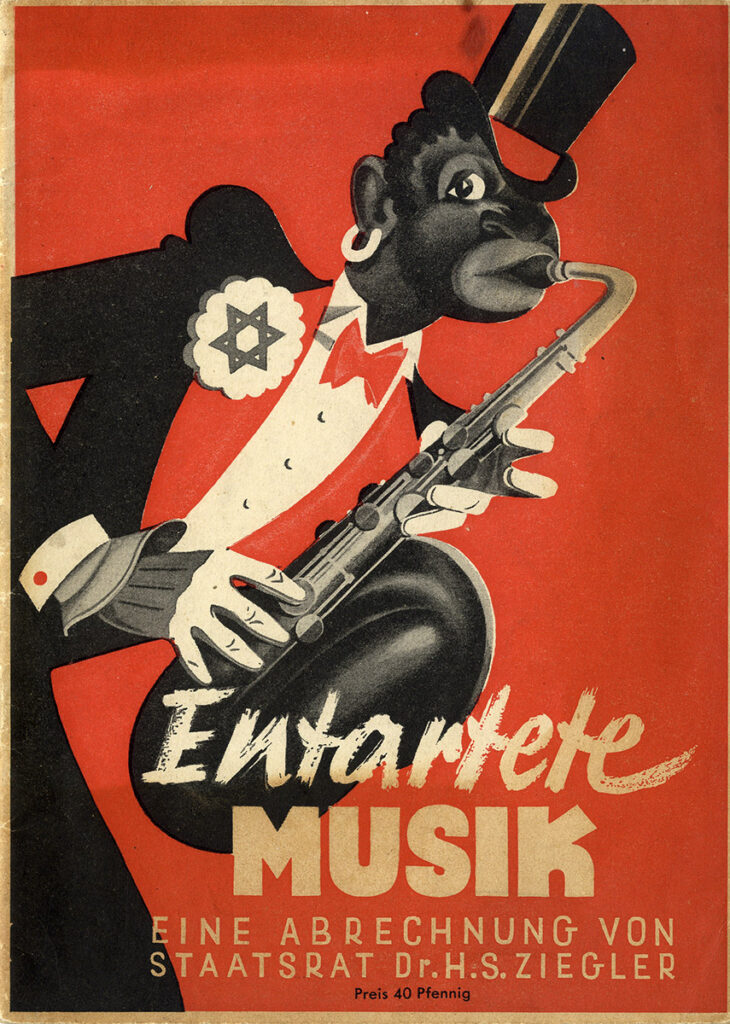 For this exhibition a real catalogue was not printed, only the booklet offered here, which includes the opening speech by Ziegler (Goebbels also delivered a speech), quotations of Hitler’s words, photographs, caricatures and paintings as they appeared in the exhibition. The composers presented in the exhibition included Felix Mendelssohn, Kurt Weill, Gustav Mahler, Hans Eisler and Ernst Krenek (an image from the advertisements for Krenek’s famous opera Jonny spielt auf was used as the basis for the caricature appearing on the booklet’s cover).

The impact of this exhibition was beyond expectations and it marked the climax of the dramatic change caused by the Nazis to the musical scene. Germany lost many of its most distinguished composers and musicians, some of whom went into exile, while others were ultimately murdered.