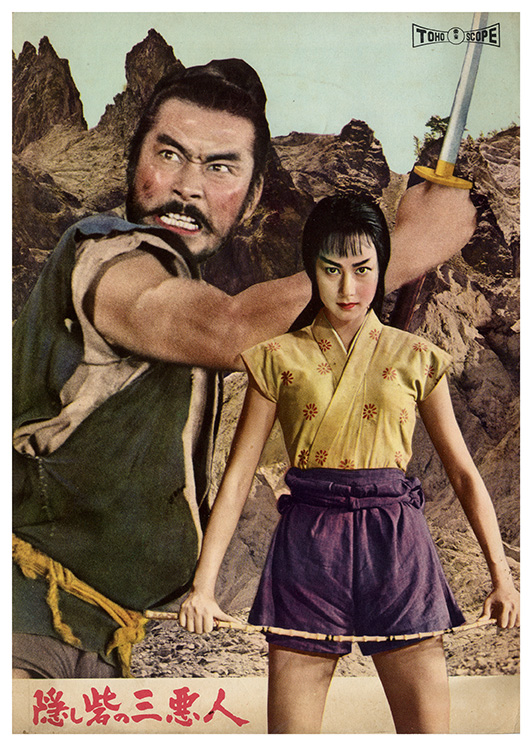 Writing for The Criterion Collection in 1987, David Ehrenstein called it “one of the greatest action-adventure films ever made” and a “fast-paced, witty and visually stunning samurai film.”

“The battle on the steps in Chapter 2 (anticipating the climax of Ran) is as visually overwhelming as any of the similar scenes in Griffith’s Intolerance. The use of composition in depth in the fortress scene in Chapter 4 is likewise as arresting as the best of Eisenstein or David Lean. Toshiro Mifune’s muscular demonstrations of heroic derring-do in the horse-charge scene (Chapter 11) and the scrupulously choreographed spear duel that follows it (Chapter 12) is in the finest tradition of Douglas Fairbanks. Overall, there’s a sense of sheer ‘movieness’ to The Hidden Fortress that places it plainly in the ranks of such grand adventure entertainments as Gunga Din, The Thief of Baghdad, and Fritz Lang’s celebrated diptych The Tiger of Eschnapur and The Hindu Tomb.” (David Ehrenstein, The Criterion Collection, 1987)