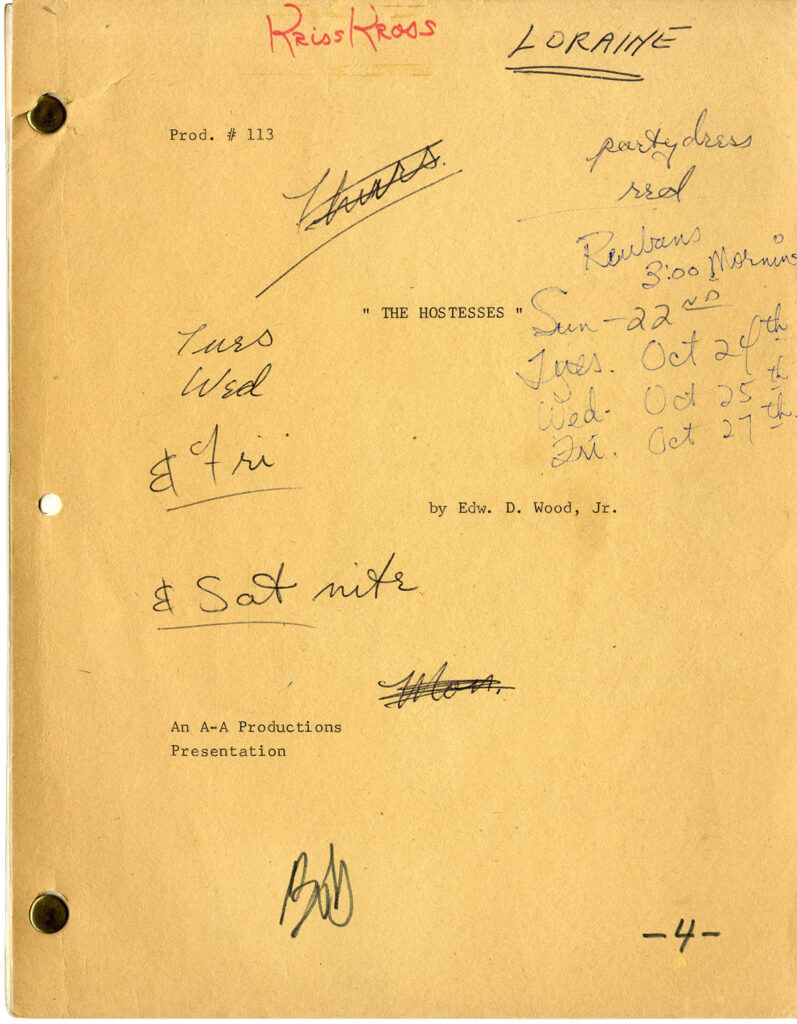 Stephen Apostolof (under the pseudonym of A.C. Stephen) cowrote the film with Wood, as well as producing and directing it. Wood collaborated with him on other films, including THE CLASS REUNION (1972), DROP-OUT WIFE (1972), and THE SNOW BUNNIES (1972). Apostolof directed many other exploitation films, often in partnership with Wood, among them ORGY OF THE DEAD (1965), SUBURBIA CONFIDENTIAL (1966), LADY GODIVA RIDES (1968), and FIVE LOOSE WOMEN (1974). This film was apparently shot at the same time as DROP-OUR WIFE. Although Wood is most famous for GLEN OR GLENDA and PLAN NINE FROM OUTER SPACE, he was a very fast worker, and he wrote and directed many films afterwards, almost all of them exploitation movies like this one.