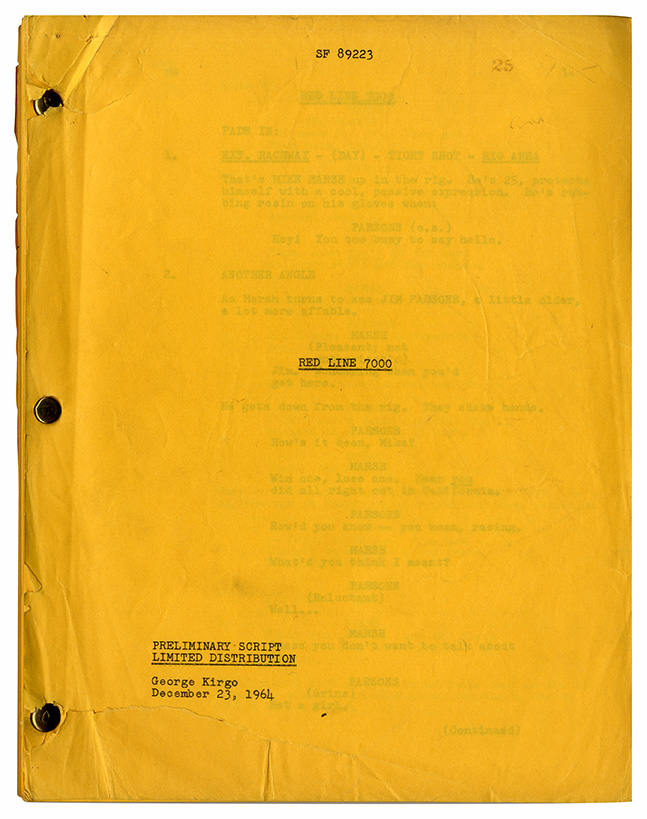 Near the end of Hawks’ illustrious career came this movie about race car drivers, a subject he had previously tackled in his 1932 THE CROWD ROARS. This time, he was working on a small budget with unknown actors (one of whom, James Caan, was soon to emerge as an important movie star). This film seems to have been a bit of an experiment for Hawks, whose previous (MAN’S FAVORITE SPORT) and two subsequent films (RIO BRAVO, RIO LOBO) were all more expensive productions, and with big stars.

As always in his work, crucial themes of professionalism and homosocial bonding are explored in this movie.