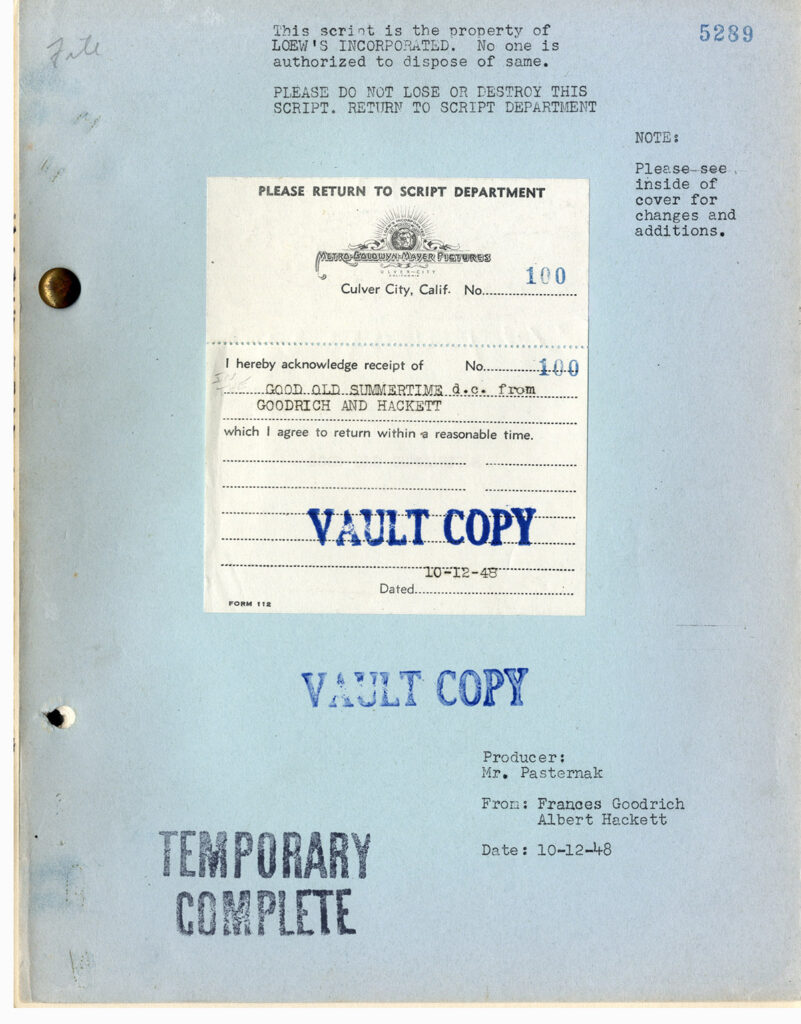 [under working title: GOOD OLD SUMMERTIME] [Hollywood]: MGM, 10-12-48 [with a variety of dates at top of each page up through 10-23-48]. Vintage original film script, quarto, brad bound (with lower brad absent), mimeograph, NEAR FINE, 123 pp. The front wrapper indicates the script is by Frances Goodrich and Albert Hackett.

Though some song placement is indicated in this temporary complete script, the songs themselves are not chosen (most of the musical program was made up of songs from the early-1900s). The film’s ending is a bit different from the final film — here, Judy Garland and Van Johnson are seen walking outside in the snow, and that image then dissolves into them walking together in the summer, pushing a baby carriage — as the ending had not been quite finalized.