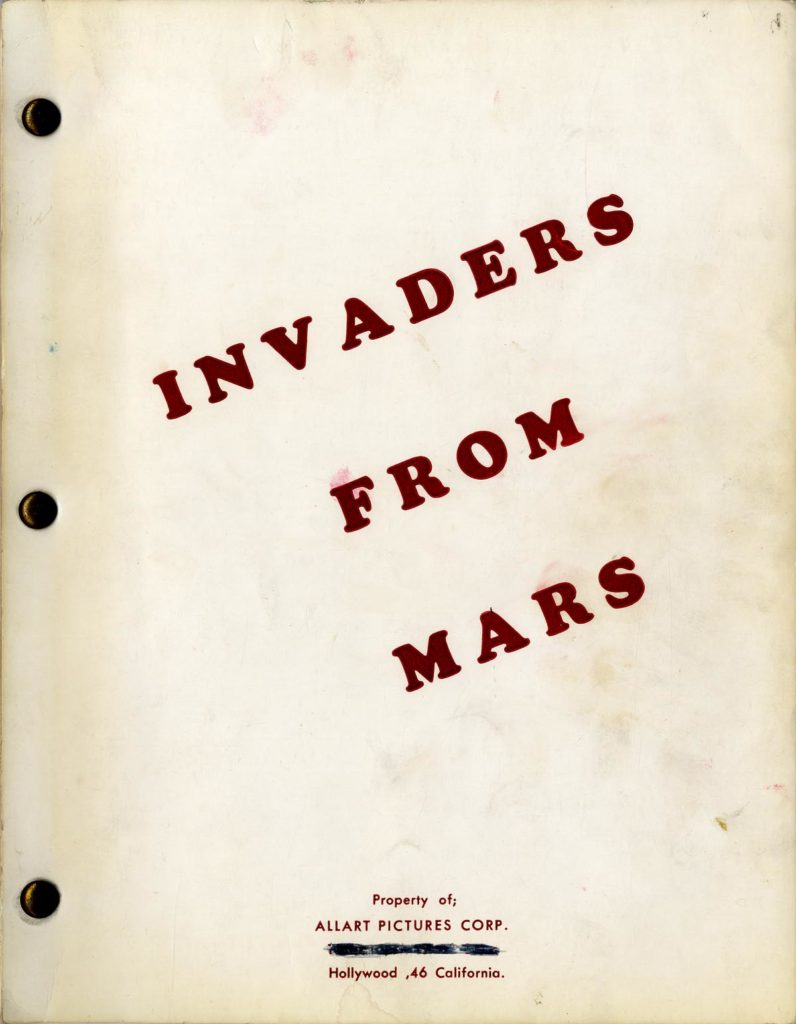 Rare script for a true science-fiction classic, based on a story treatment by Battle (eventually, screenwriter Richard Blake was called in to do some script revisions before the movie was shot). Battle was inspired by a dream recounted by his wife. This film is notable for its then unusual approach of telling its story from the viewpoint of an older child encountering an adult world in crisis. The film’s striking, vivid look was the result of vibrant SuperCinecolor prints struck at the time of its 1953 premiere, and also of Menzies’ subtle, imaginative set designs. Script NEAR FINE in VERY GOOD+ wrappers.