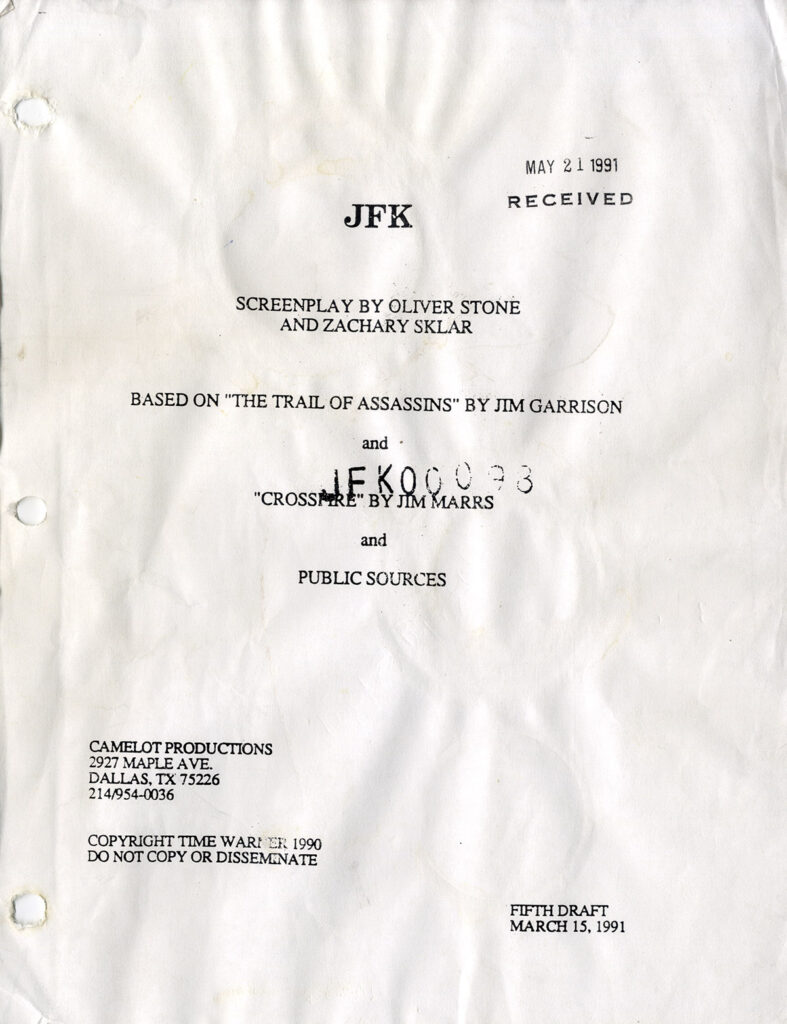 This script came from the archive of Joel Marrow, who worked on many films as transportation coordinator, including Oliver Stone’s THE DOORS; he was invited to serve in that capacity on this film, but was ultimately unable to work on it due to scheduling issues.

Oliver Stone’s film intertwines the story of New Orleans District Attorney Jim Garrison’s effort to unravel the mystery of John F. Kennedy’s assassination with many scenes set in Louisiana and Texas. With brilliant art direction, the film was nominated for numerous Academy Awards. Among other points of interest, the film is one of the best filmic depictions of the New Orleans of a few decades ago.