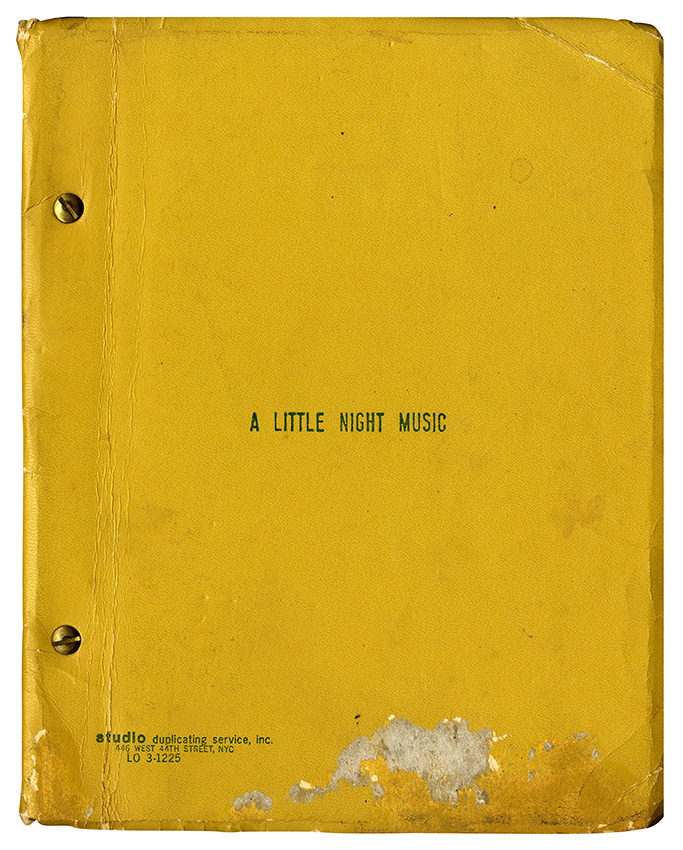 Suggested by a Film by Ingmar Bergman, Book by Hugh Wheeler, Music and Lyrics by Stephen Sondheim. Playing version 5 March 1973. New York: Harold Prince. Vintage original theatre script, USA. Brad bound in leatherette printed wrappers for Studio Duplicating Service, Inc. Quarto, mimeograph, [1], 73, [1], 49 pp., wear to yapped covers at edges and also near bottom (where there is some damage to a blank area), stains to title page, the rest of the text is immaculate, hence near fine in very good+ wrappers.

Title page has an annotation in ink that this is copy #37 of the script, which gives every appearance of being a script for a cast or crew member of the show’s original production, which opened on February 25, 1973, hence it most likely incorporates revisions made to the script in the show’s first month of performances.