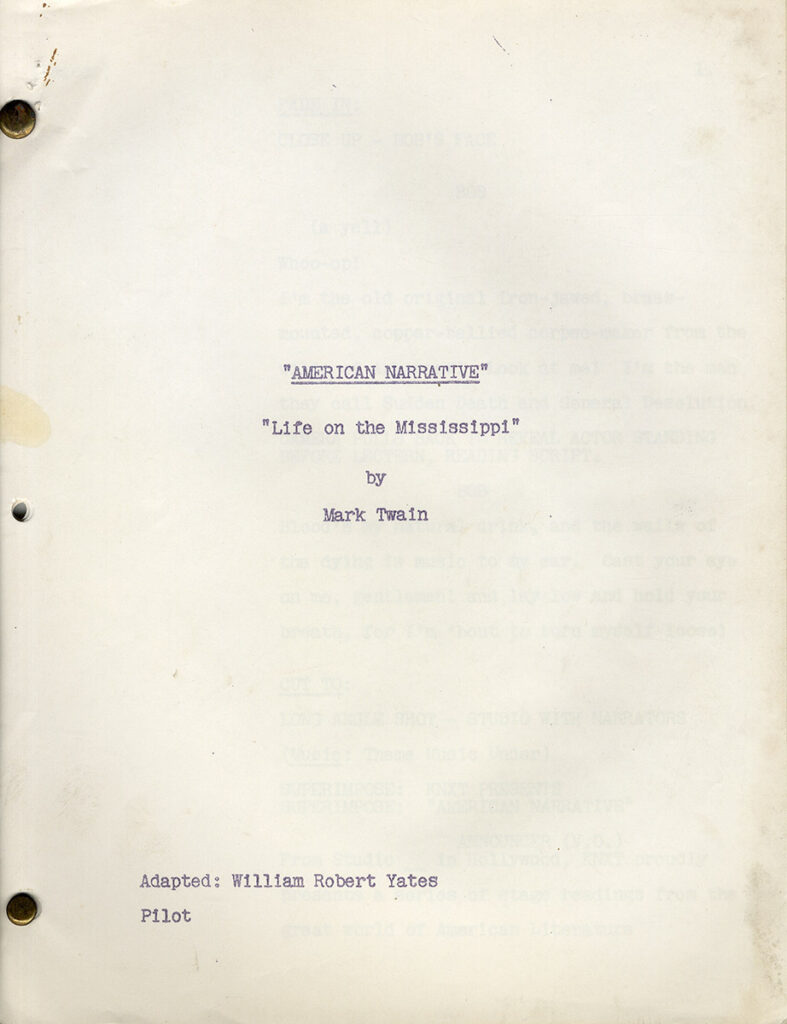 An early television adaptation of Mark Twain for a local live dramatic series on KNXT, which was then the West Coast flagship of CBS. This script has Mark Twain and Huck Finn alternate as narrators.