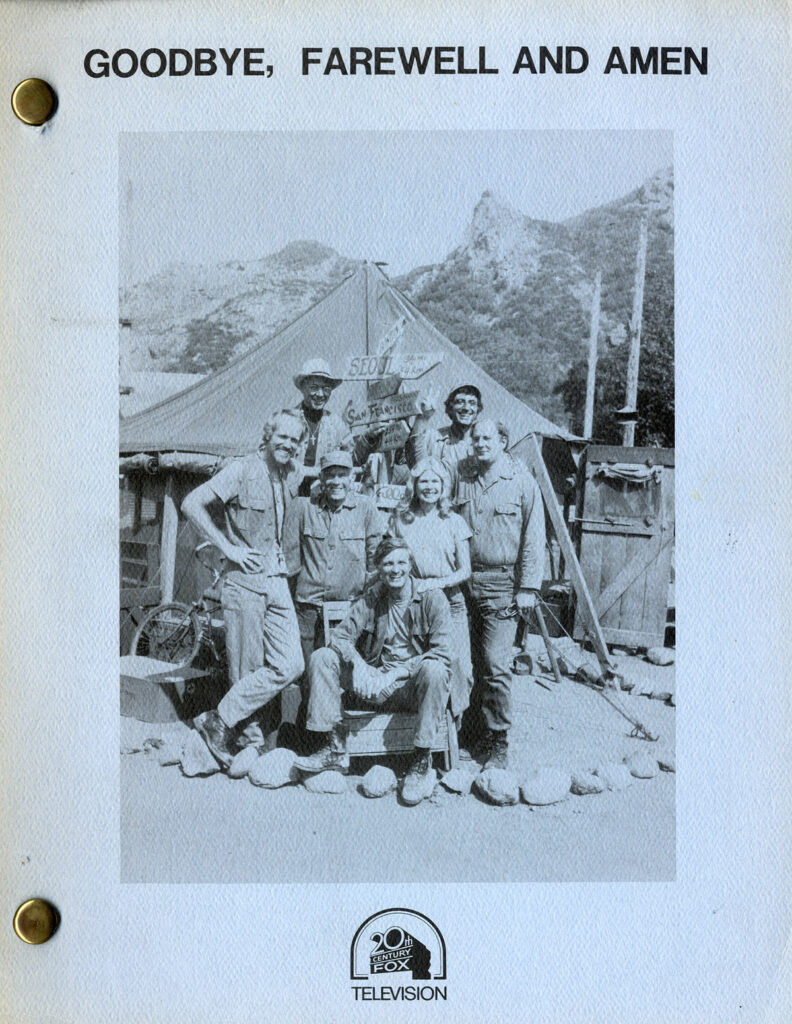 A television film that served as the 256th and final episode of the American television series M*A*S*H. Closing out the series’ eleventh season, the two-hour episode first aired on CBS on February 28, 1983, ending the series’ original run. The episode was written by eight collaborators, including series star Alan Alda, who also directed.

The episode’s plot chronicles the final days of the Korean War at the 4077th MASH; it features several storylines intended to show the war’s effects on the individual personnel of the unit and to bring closure to the series. After the ceasefire goes into effect, the members of the 4077th throw a party before taking down the camp for the last time. After tear-filled goodbyes, the main characters go their separate ways, leading to the final scene of the series.

In the United States, the episode drew 105.97 million total viewers and a total audience of 121.6 million, more than both Super Bowl XVII and the Roots miniseries. The episode surpassed the single-episode ratings record that had been set by the Dallas episode that resolved the “Who Shot J.R.?” cliffhanger. From 1983 until 2010, “Goodbye, Farewell and Amen” remained the most watched television broadcast in American history, passed only in total viewership (but not in ratings or share) in February 2010 by Super Bowl XLIV. It still stands as the most-watched finale of any television series, as well as the most-watched episode.