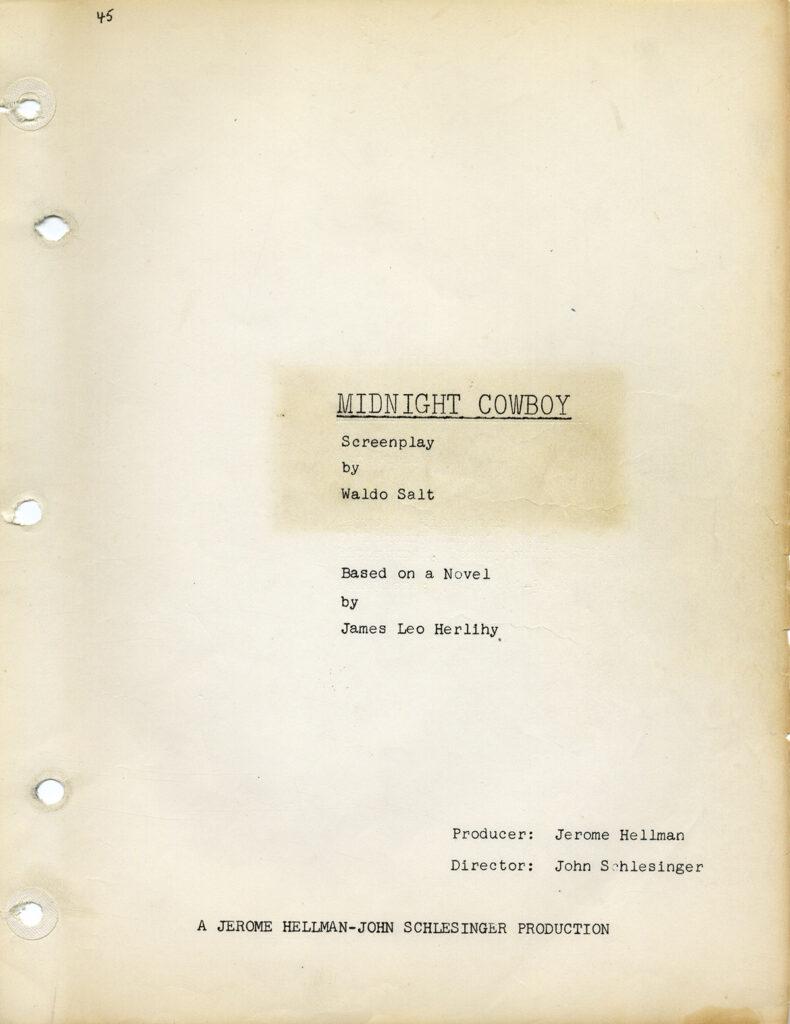 Director John Schlesinger’s film, winner of the 1970 Best Picture Oscar, a cornerstone of the then-burgeoning New American Cinema movement — a story of the friendship between a Texas cowboy working as a gigolo in New York and a con artist.