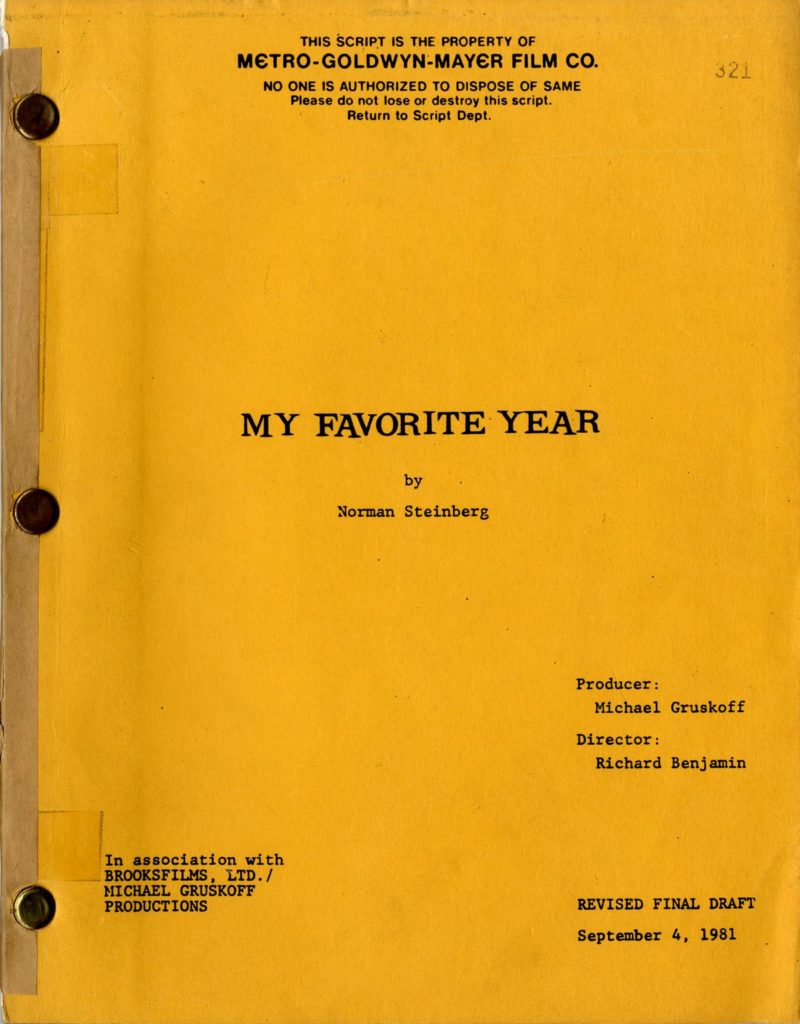 Written by Norman Steinberg [Culver City]: Metro-Goldwyn-Mayer/Brooksfilms, 4 September through 3 December 1981. [1],110 leaves plus lettered inserts. Quarto. Photographically-reproduced typescript, printed on rectos only of white, green, yellow, blue and rose stock. Brad-bound in printed studio wrappers. Titled label taped across spine, but very good or better.
Denoted a “revised final draft” of the script for this comedy, but with a rainbow of inserted revises spanning the three months noted above. Peter O’Toole memorably played the role of Alan Swann, which was based on Errol Flynn. The character of the young writer, Benjamin Stone, was based on Mel Brooks who, very early in his career, was involved in the golden age of live television comedy.
Accompanied by a clean, unbound, first generation photocopy of an unspecified early draft for comparison, [1],123 leaves, about fine.