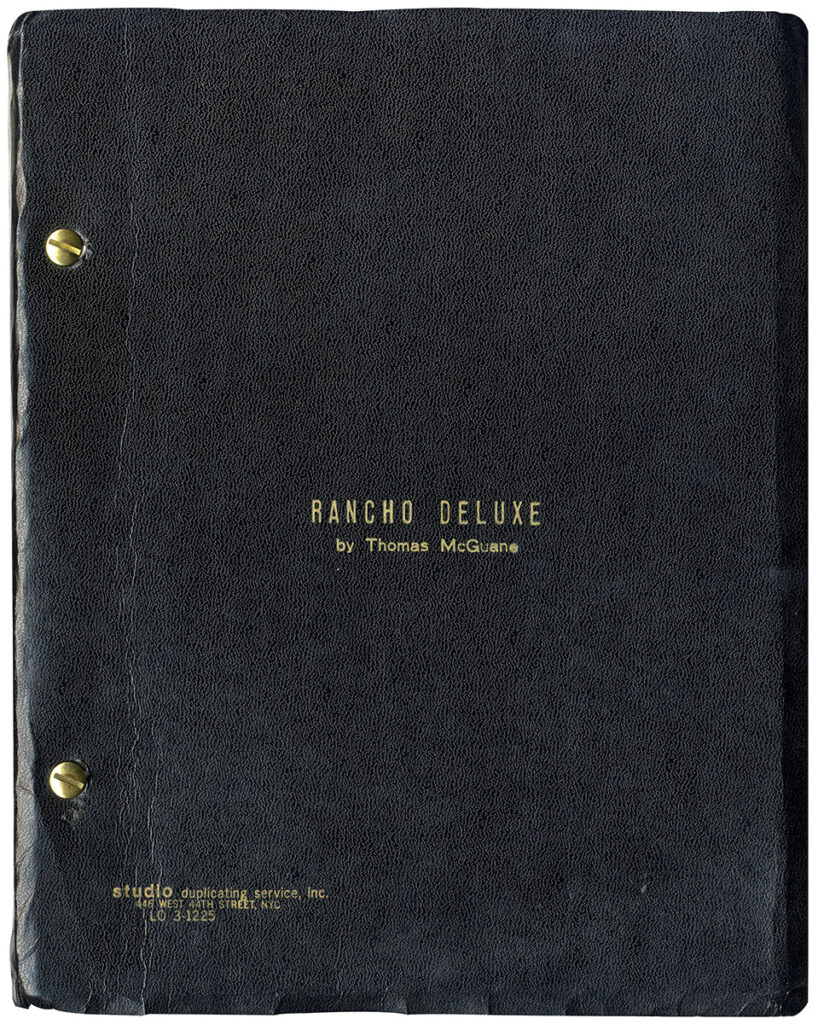 One of only two original screenplays written solely by noted author Thomas McGuane, preceding THE MISSOURI BREAKS in 1976. A cult favorite, and one of a string of wonderful films with literary origins to be directed by Frank Perry between 1968 and 1987, a satirical movie about modern-day, decidedly non-traditional ranchers in Montana. Pitts 3252