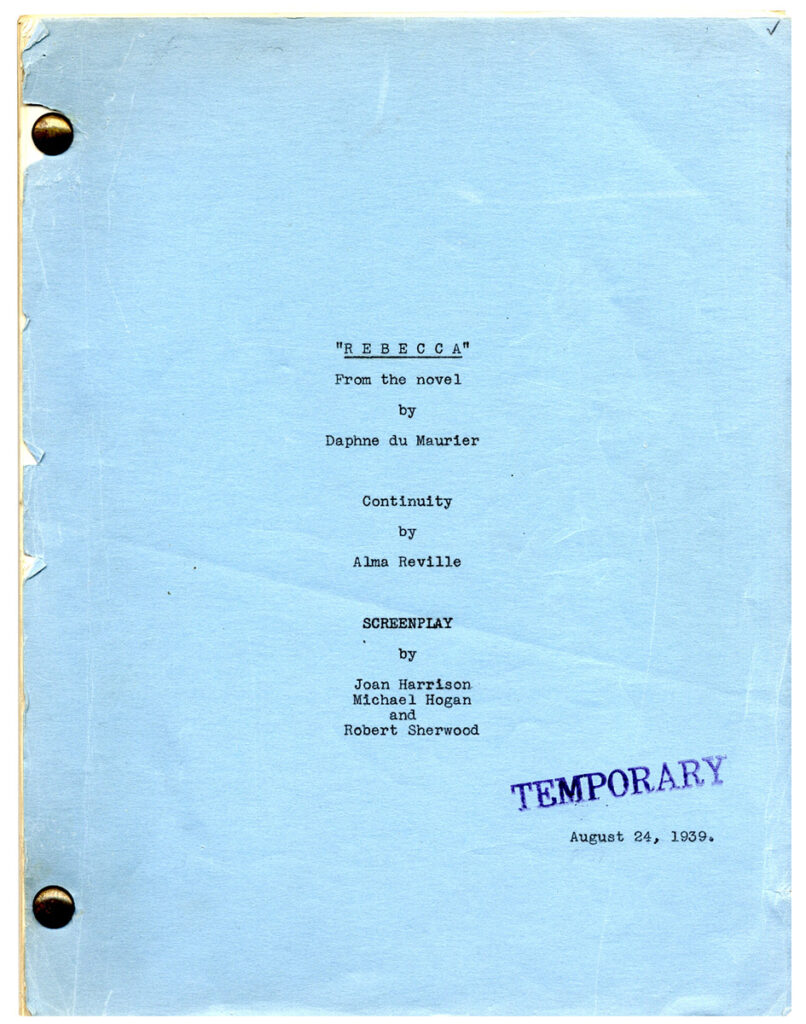 The movie won the 1940 Academy Award for Best Picture; Sherwood and Harrison were nominated for Best Adapted Screenplay; and Joan Fontaine received a Best Actress nomination for playing the protagonist, the second Mrs. de Winter, referred to in the screenplay simply as “I”.