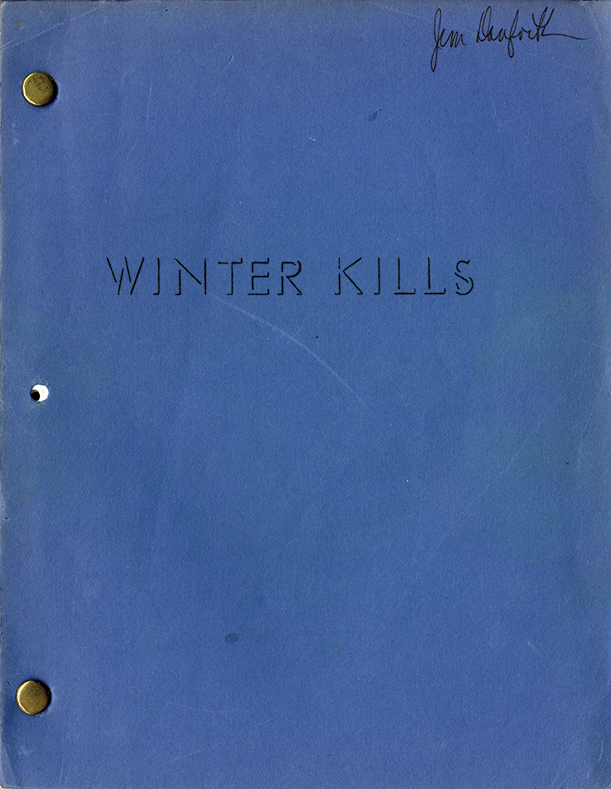 This script belonged to second unit director Jim Danforth, with his name in holograph ink on the front wrapper.

Adapted by screenwriter and director William Richert from Richard Condon’s novel of the same name, WINTER KILLS is about a fictionalized Kennedy assassination conspiracy, a neo-noir that follows the investigation of a U.S. president’s assassination after a dying man confesses to be the real gunman nineteen-years later.