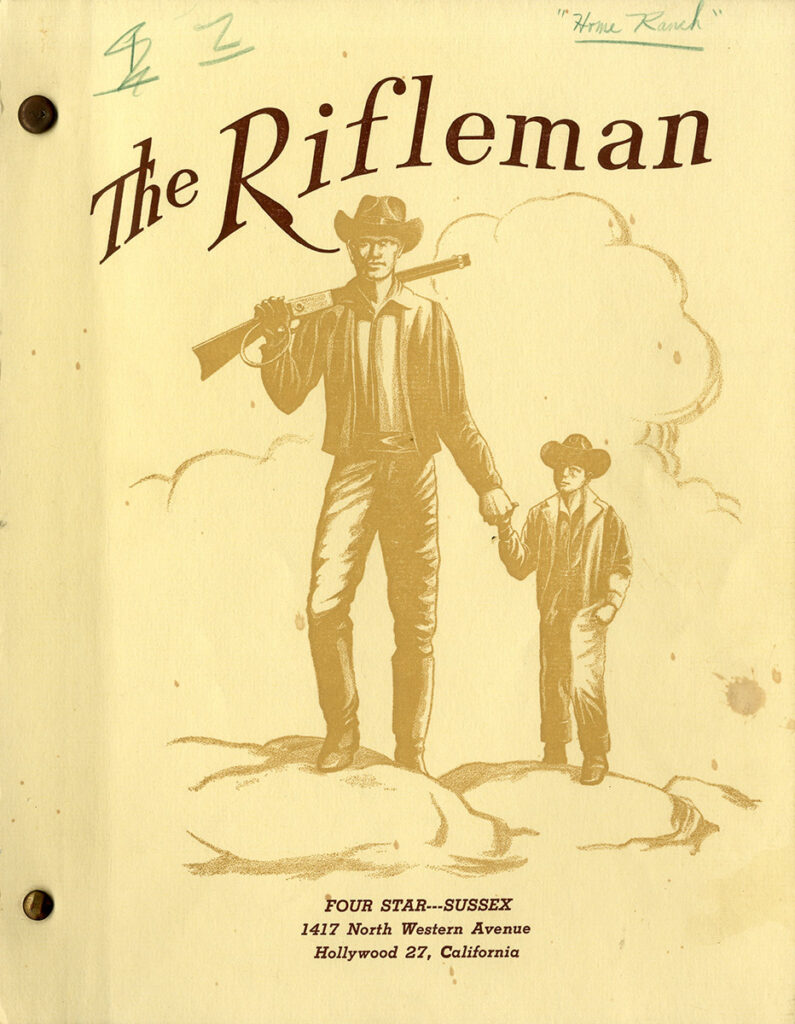 Sam Peckinpah (screenwriter) Hollywood: Four Star-Sussex, 1958 Vintage original television script, pictorial wrappers, brad bound, 11 x 8.5″ (28 x 21 cm.), 33 pp. This script belonged to Johnny Crawford, who played the co-starring role of Mark on this television series and has various underlinings and circlings in his hand. Near fine or better. The script is a mix of undated white pages from what the title page labels as the “first mimeo” with revisions on blue paper dated 7/10/58.

Sam Peckinpah’s first TV scripts were written in 1957, hence this is from very early in his career.