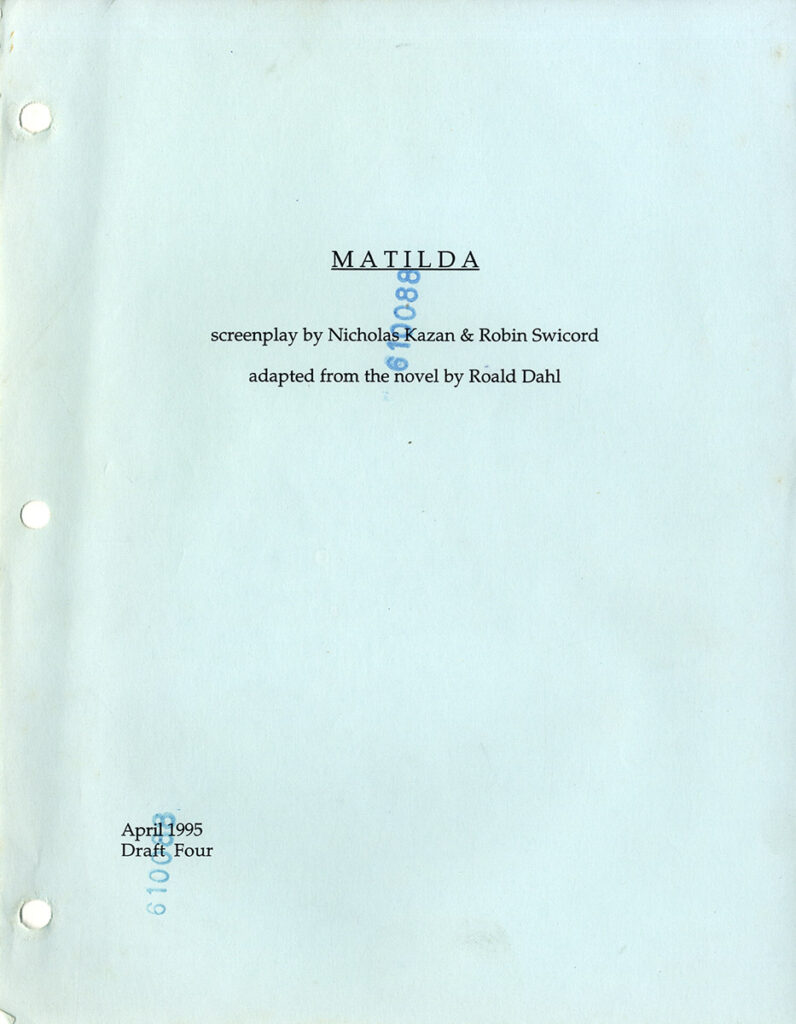 Danny DeVito produced, directed and starred in this beloved children’s film (about a girl gifted with a keen intellect and psychic powers, who uses both to deal with her crude, distant family and free her kind teacher from their sadistic headmistress). This script is denoted as Draft Four on the title page, with a date of April 1995. All the pages are printed on light blue paper and have watermarks in dark blue ink. The screenplay is by Nicholas Kazan and Robin Swicord.