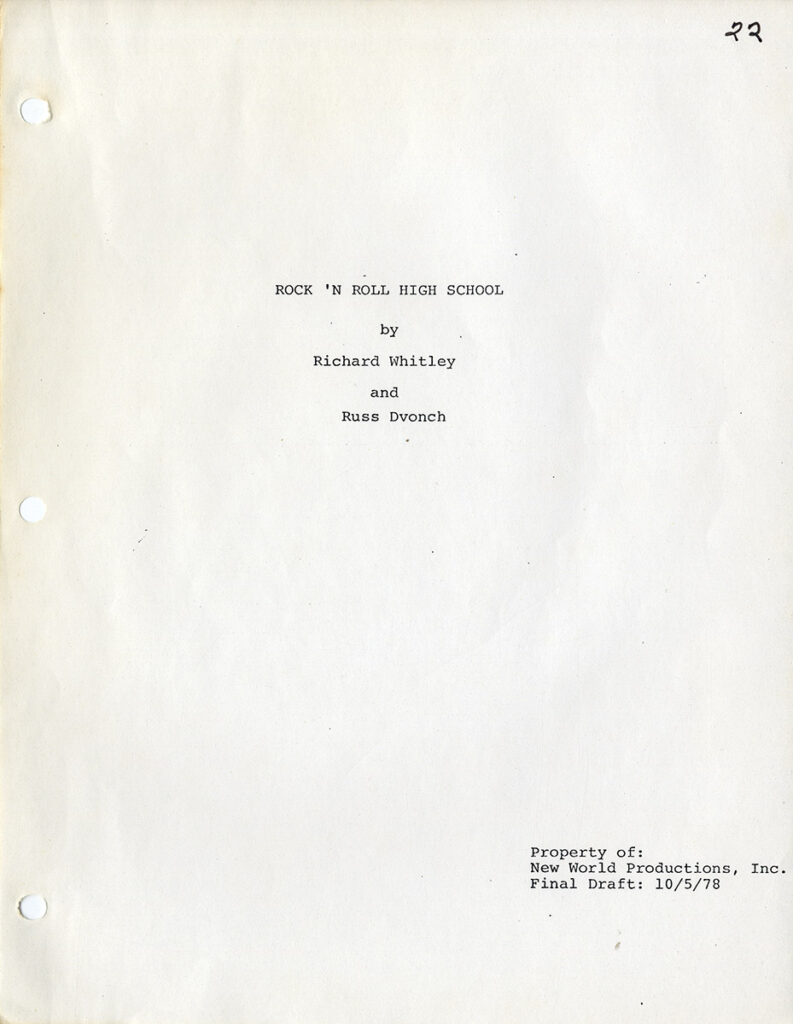 A cult classic about rock music-addicted high school students who, with the help of The Ramones, take control of their school from the teachers and principal. Interestingly, there is no direct reference to The Ramones in the script — the band that the film’s character Riff Randall is obsessed with was left blank, so that the name of whichever group New World got to appear in the film could be inserted. Carlson and Connolly, Destroy All Movies. McPadden, Heavy Metal Movies.