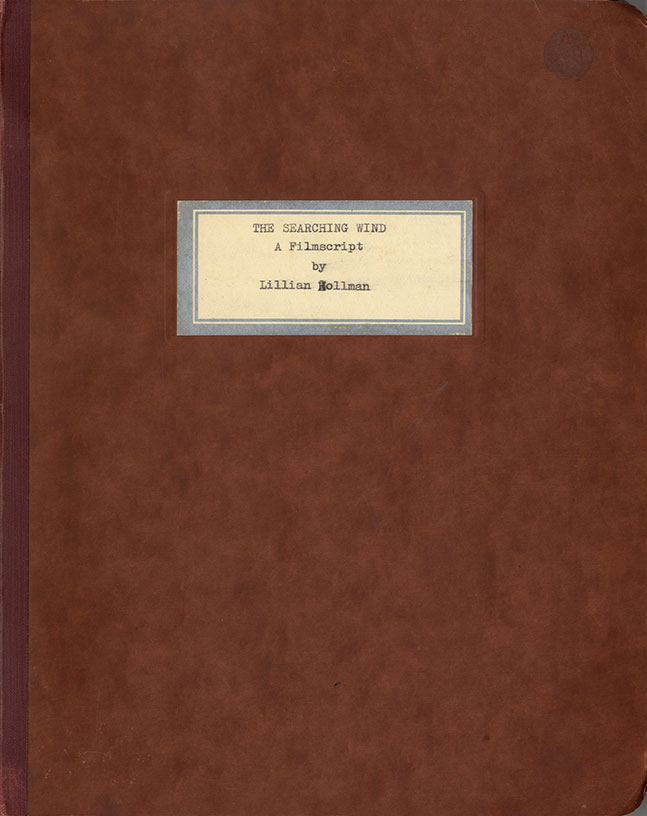 “Final White,” November 7, 1945. One of a few screenplays entirely credited to Lillian Hellman, this one adapted from her play of the same name. This movie is about an American diplomat who reflects on mistakes he made in the years prior to World War II. Lillian Hellman was very politically involved both in Left Wing and anti-Fascist causes in the 1930’s and 40’s, and this film reflects both of those aspects of her work. Not inOCLC (which only lists two post-production scripts); the HRC (Austin) lists three other variant drafts.