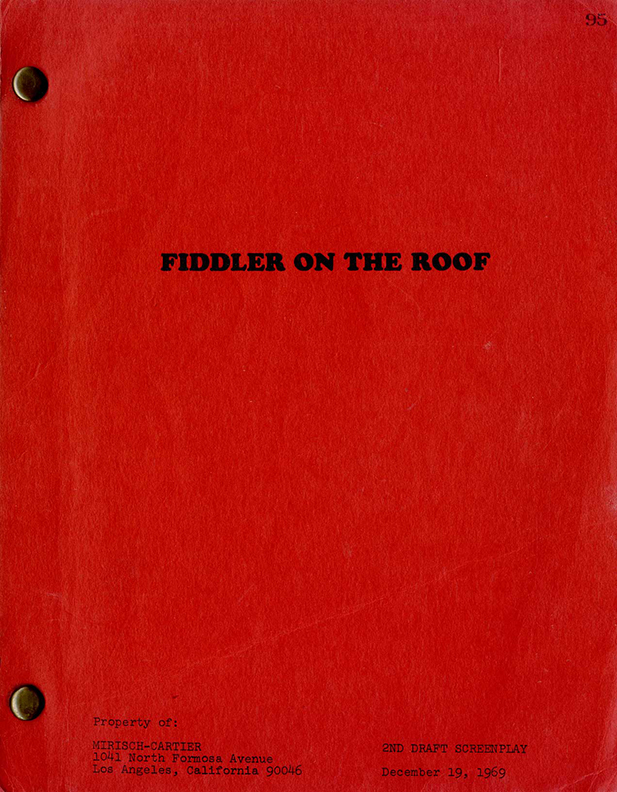 A second draft of Joseph Stein’s own adaptation to film of his 1964 award-winning play (based on stories by Sholom Aleichem) with music and lyrics by Jerry Bock and Sheldon Harnick. The draft has been further revised by an array of dated revisions on blue and pink stock made over the 4 month span noted above.

The film was released in November 1971 directed by Norman Jewison. It was nominated for, and won, several awards. This copy has been inscribed and signed by Stein; the recipient is not immediately identifiable as associated with the production.