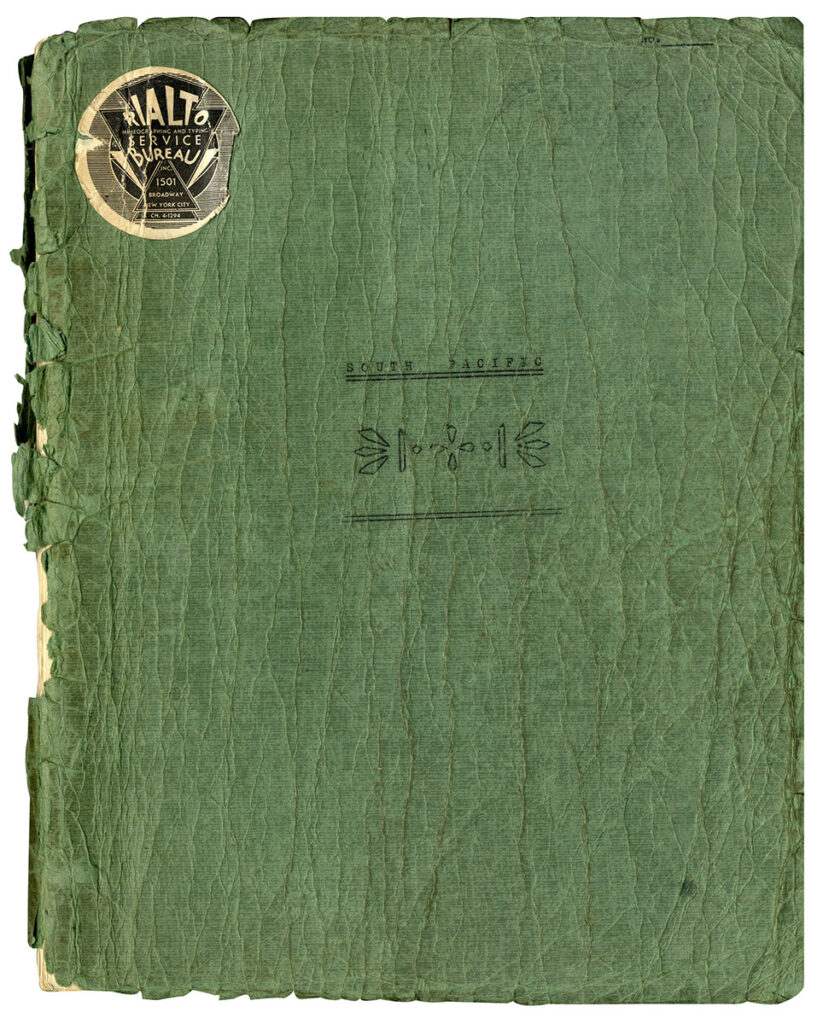 Rodgers and Hammerstein’s legendary musical about an American nurse stationed on a South Pacific Island during WWII, who falls in love with a middle-aged French plantation owner–and a young Marine lieutenant who falls in love with a young Tonkinese woman. This remains a remarkably daring play, with its intertwined themes of racism and racial prejudice, wartime heroism and romance under dangerous and extreme conditions.

This script belonged to Roslynd Lowe, who was a member of the Broadway opening night cast, where she played Ensign Dinah Murphy. There are a few manuscript notes in her hand.