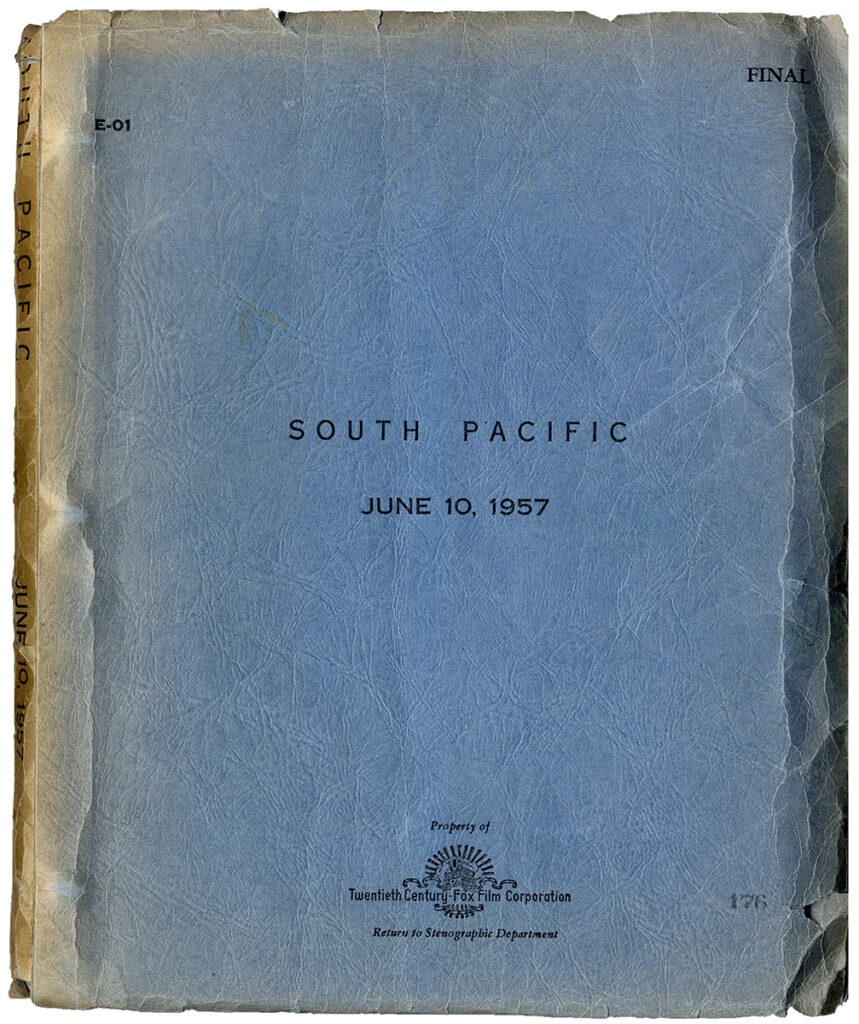 Richard Rodgers, Oscar Hammerstein (source) [Hollywood]: Twentieth Century Fox, 1957. Vintage original film script, 11 x 8.5″ (28 x 22 cm.), yapped printed wrappers, brad-bound, mimeograph, 138 pp. Yapped edges bent and creased at edges (as usual) wear to top and bottom of spine, lower part of distribution page torn off. Various pages of revisions on blue paper dated up through 7-17-57. There is a handwritten cast list on the distribution page, also a list of pages where songs appear in the script on the title page, and laid in loosely is a sheet of paper giving the timing of each musical number. All in an unknown hand, but most definitely someone from the crew or the editing team. Overall near fine in very good+ wrappers.

SOUTH PACIFIC remains one of the classic American musicals, and the film is also a beloved mid-century musical film.