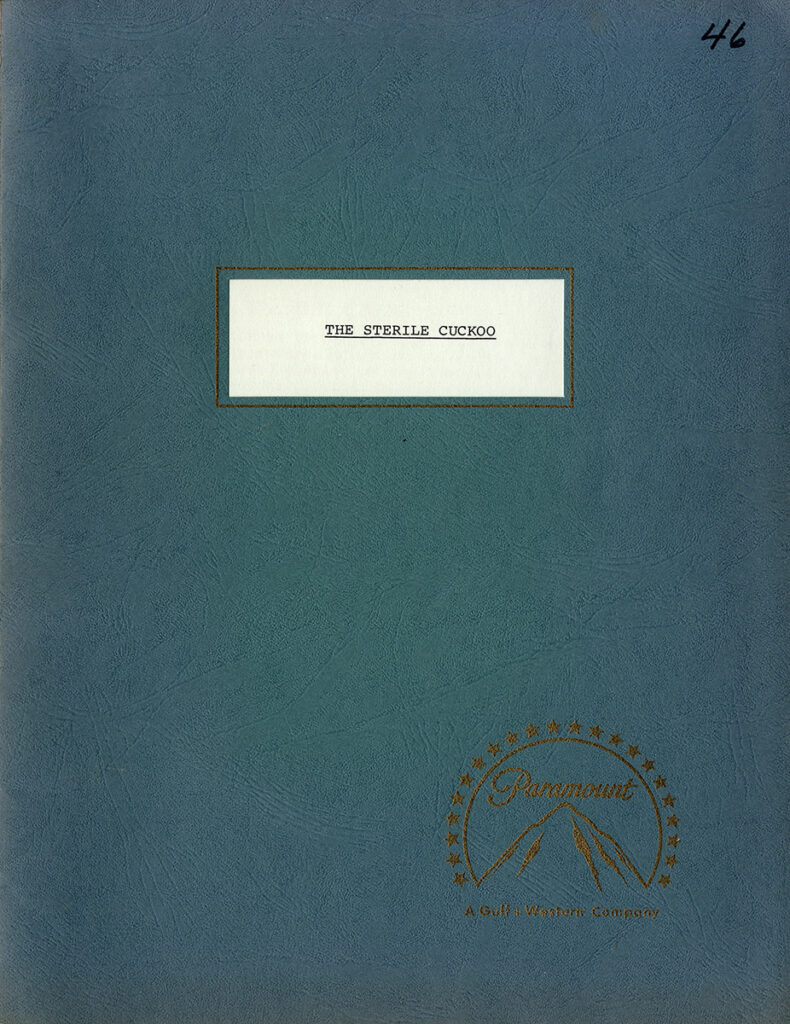 STERILE CUCKOO, THE (Jul 29, 1969) 2nd Draft film script by Alvin Sargent, Based on the Novel by John Nichols

Liza Minnelli’s first starring film role, and one of her earliest movies (for which she received an Academy Award nomination for Best Actress).