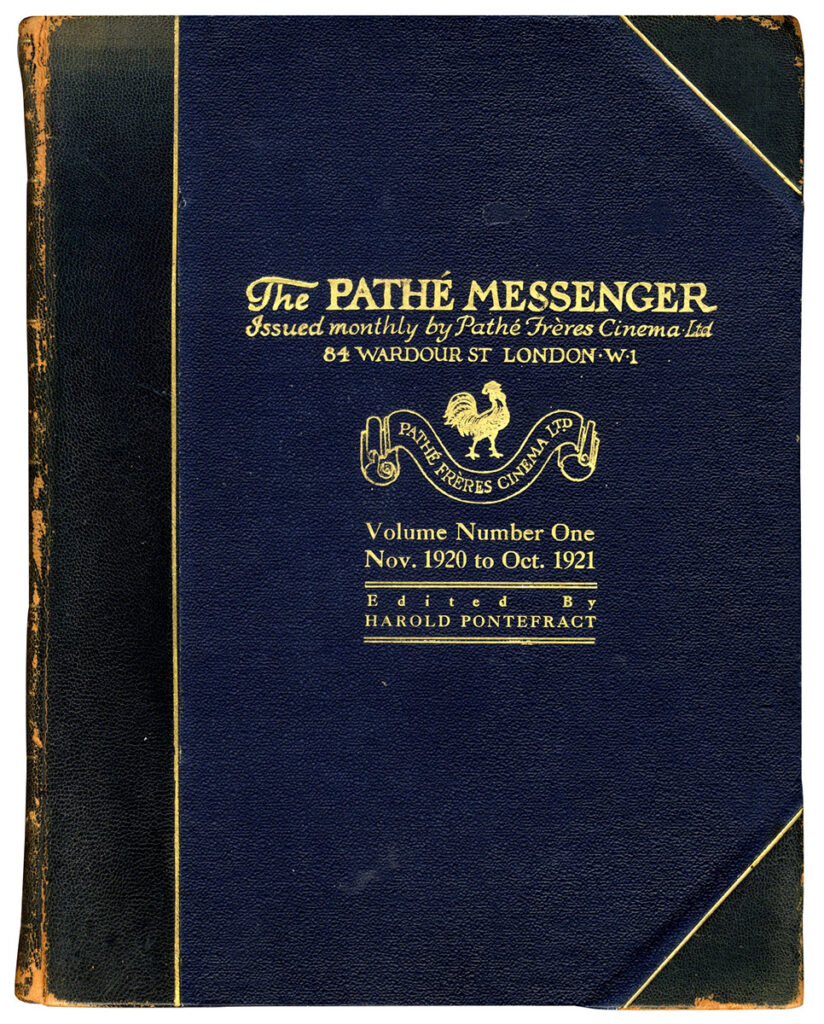 A set of twelve issues of this trade magazine, featuring articles, trade ads, and extensive illustrations of the films being distributed by Pathé. It is important to realize that Pathé was an important force in silent film, in the U.S. as well as in the UK.  Pathé eventually sold their interest in its U.S. production and distribution to the newly founded RKO in 1928, but until then, Pathé was an important American film company, with autonomy from its French main branch.

This is an extremely scarce volume. It appears that it was only issued for two years, from 1920 through 1922. OCLC only lists two sets, a complete one at the New York Public Library, and a partial one at the Museum of Modern Art. However, both sets are printed in the U.S., with different publication dates. There are no known copies of this British version of the periodical listed anywhere in OCLC.

Since a huge number of the pages are given over to Pathé’s American production, it is likely that the contents of this volume will be very similar to those of its U.S. version.