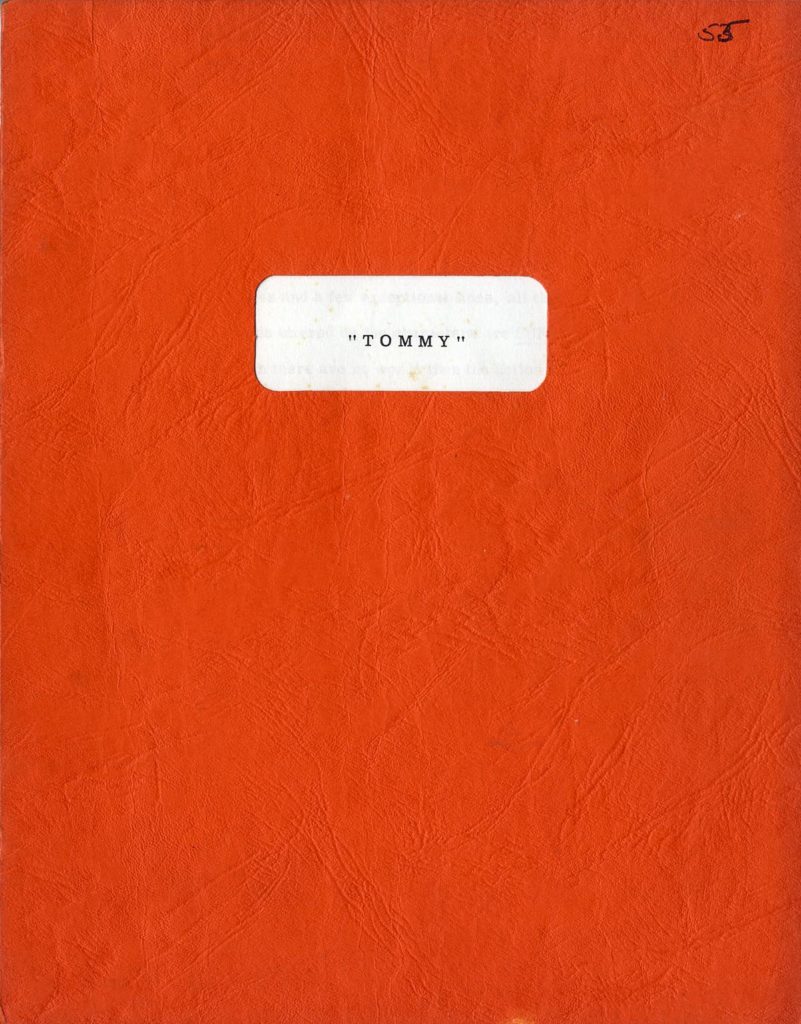 Vintage original British script for the 1975 UK film, belonging to Alan Smith, a road crew member for The Who in the 1970s. Brief notations in holograph ink on a few pages. A letter of provenance from Smith is included.

Based on the 1969 rock opera written by The Who about a deaf, dumb and blind kid who “sure plays a mean pinball” and subsequently becomes the idol of a religious cult. Tommy (Roger Daltrey) retreats into himself after the death of his father. His mother and stepfather (Ann-Margret and Reed) take him to a specialist (Jack Nicholson), but Tommy is apparently a hopeless case. Then he discovers his own talents at the pinball machine, and he gains fame when he defeats the Pinball Wizard (Elton John). As a result, Tommy becomes a celebrity, founding his own religious cult. As his fame grows, so does his anxiety. When Tommy wants to end the commercialization of his message, his supporters accuse him of being hypocritical and revolt.

The cast included (among others) every member of The Who, Jack Nicholson, Tina Turner and Eric Clapton. Nominated for two Academy Awards, and Ann-Margret won a Golden Globe for her role, a performance that included writhing around in soap suds, baked beans and chocolate.

Orange studio wrappers with die-cut window in the British style, noted as No. 55 in holograph ink on the front wrapper. 67 leaves, with last leaf of text numbered 65. Roneograph, bound internally with two silver brads. Pages and wrapper NEAR FINE.