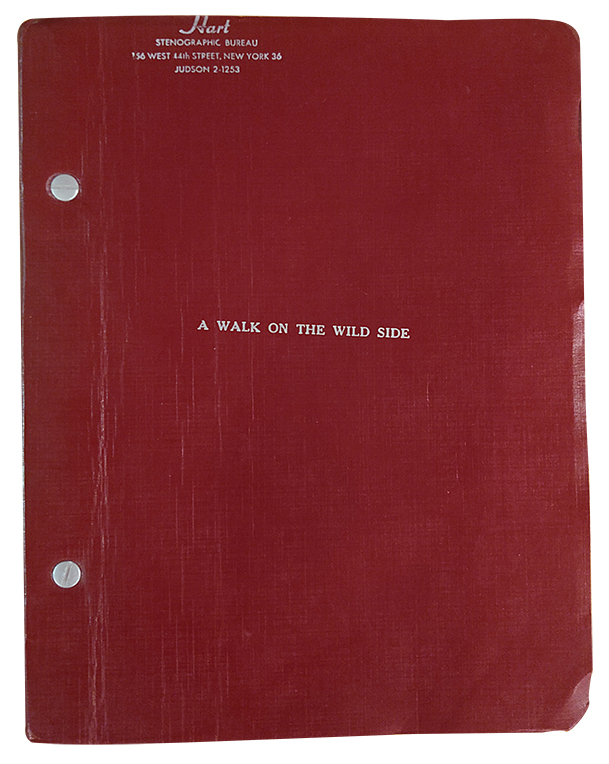 WALK ON THE WILD SIDE (ca. 1960) Film script treatment by Merle Miller adapted from Nelson Algren

This film, at the time of its release in 1962, was considered tawdry and received unfavorable press. It is now belatedly considered a classic, and one of the great filmic portrayals of New Orleans.

As such, it is fascinating to study this early treatment, which actually sanitizes the film’s subject matter much more completely than in the final release film (with a final script eventually credited to novelist John Fante), and which attempts to set the film in the present. If, someday, a shooting script can be unearthed for this film, it would be utterly fascinating to be able to study the two scripts side by side.