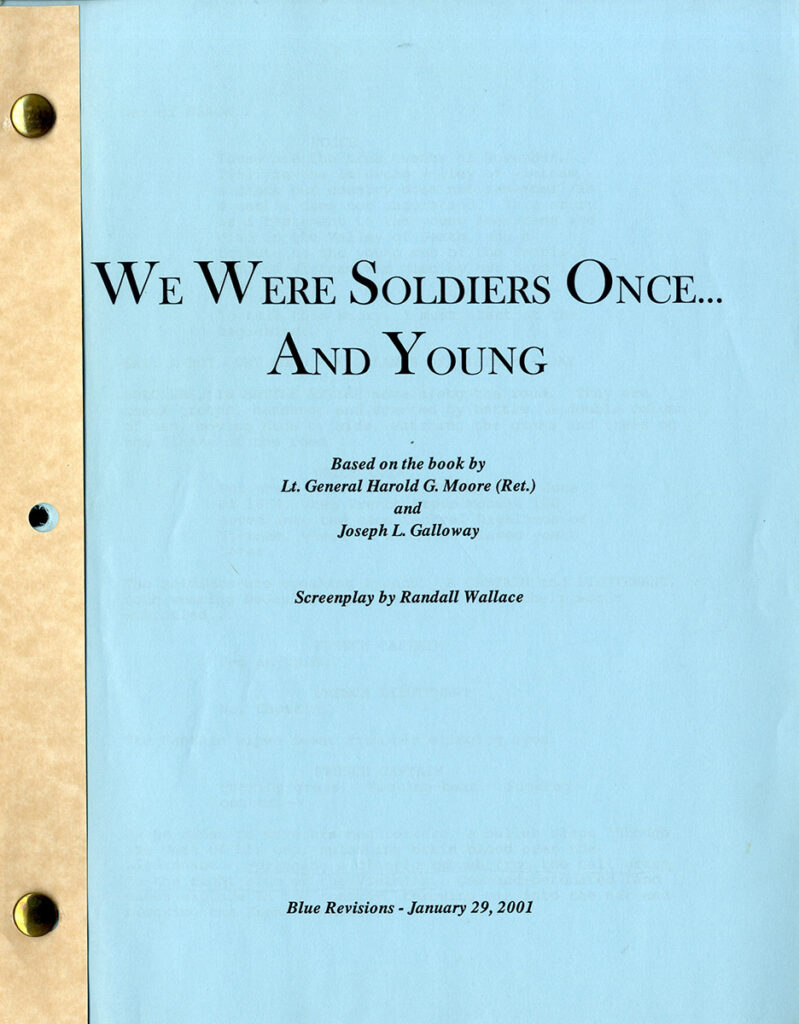 The story of the first major battle of the American phase of the Vietnam War, and the soldiers on both sides that fought it, while their wives wait nervously and anxiously at home for the good news or the bad news. Film was released in 2002. This script is under the longer working title WE WERE SOLDIERS ONCE… AND YOUNG.