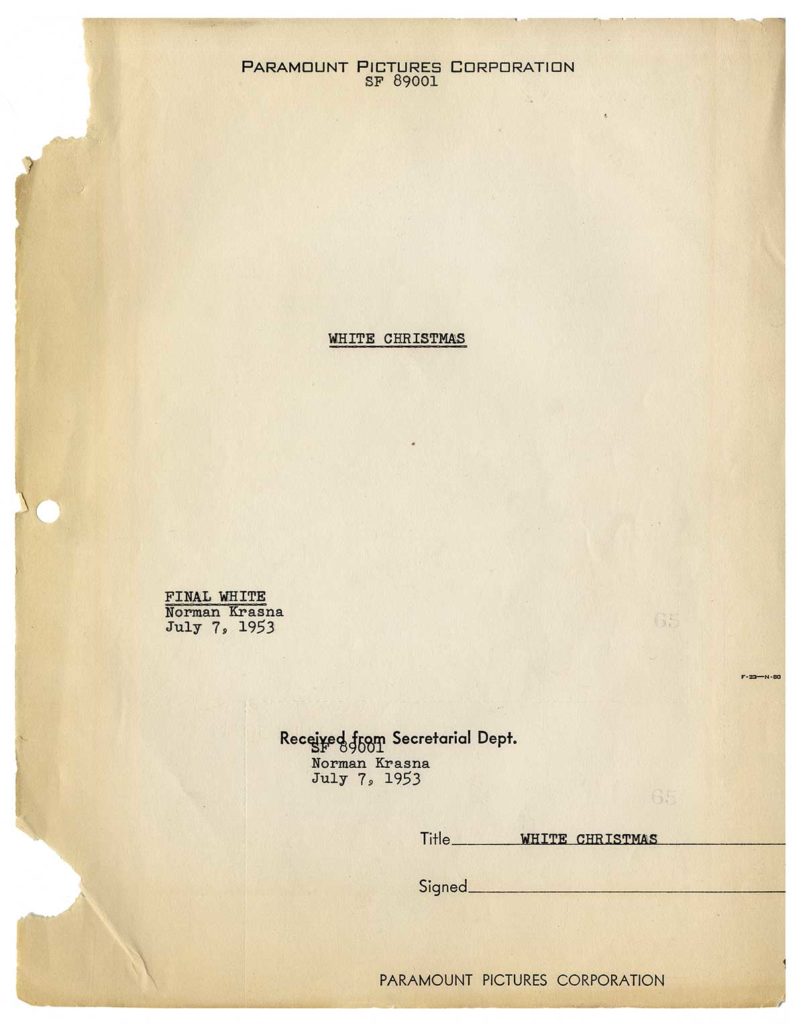 WHITE CHRISTMAS FINAL WHITE July 7, 1953  Hollywood: Paramount Pictures, 1953.  Vintage original film script, quarto, brad bound, mimeograph, 89 pp.  The name “Troy” is written in pencil on the title page; that almost certainly refers to Troy Sanders, credited as “music associate”.  A number of pages are neatly dogeared, and all of those have penciled notations about musical numbers. The first six pages are bound before the title page. There are some revision scripts on colored paper dated up through 10-21-53 bound after the title page.  Distribution page has come loose from brads, overall very good+.

Script by Norman Krasna for this beloved Christmas musical, with songs by Irving Berlin, a number of which were reprised from the 1942 film HOLIDAY INN, for which this film was something of a remake as well as a kind of sequel.