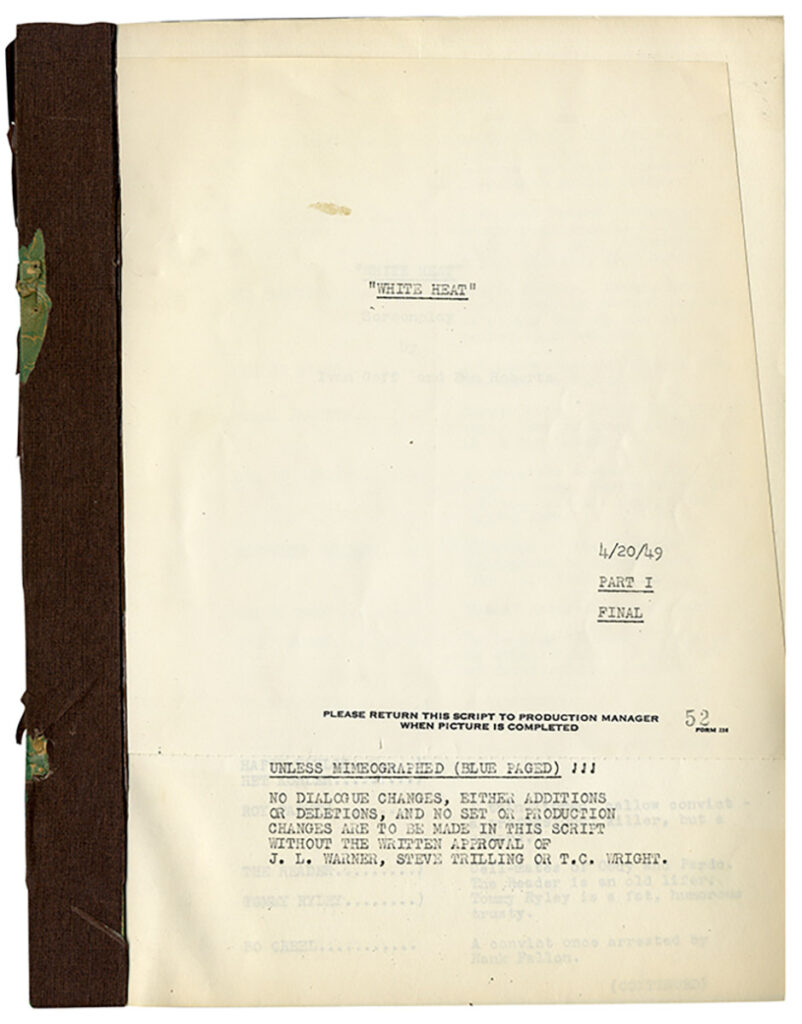 This is a partial script, incorporating the first two thirds of the entire screenplay. A subsequent PART III was not bound in with it.

Director Raoul Walsh’s WHITE HEAT is one of the most famous of all films noir, with James Cagney (as Cody Jarrett) giving an extreme performance as a mother-loving psychopathic gangster.