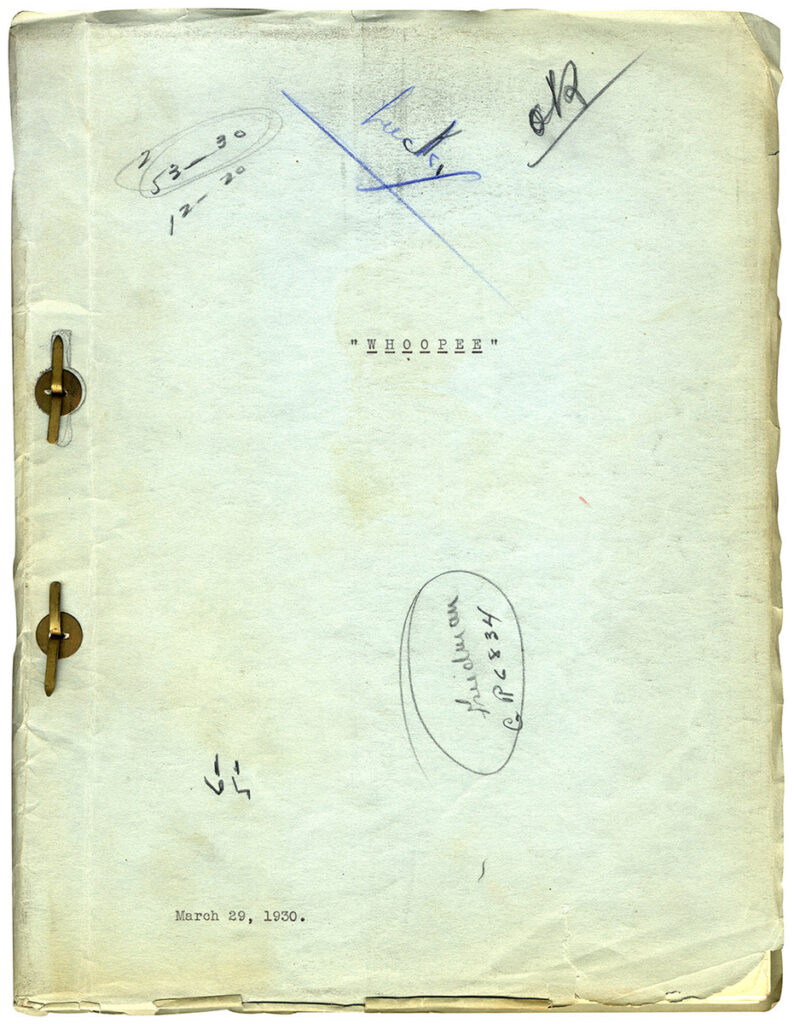 The name “Lucky” is written on front cover, since this script came from the archive of film director H. Bruce “Lucky” Humberstone, who worked as assistant director on this film before he soon after became an actual director.

WHOOPEE, an early talkie film adaptation of a Florence Ziegfeld-produced stage musical, is of historic importance as it is most likely the first film with a Western setting to be entirely shot in color (some films of the era did contain color sequences in what were otherwise black-and-white films). The script is accompanied by the following:

— Interoffice memo from Sam Goldwyn, with four telegrams attached, all speaking to the film’s successful reception in movie theaters.