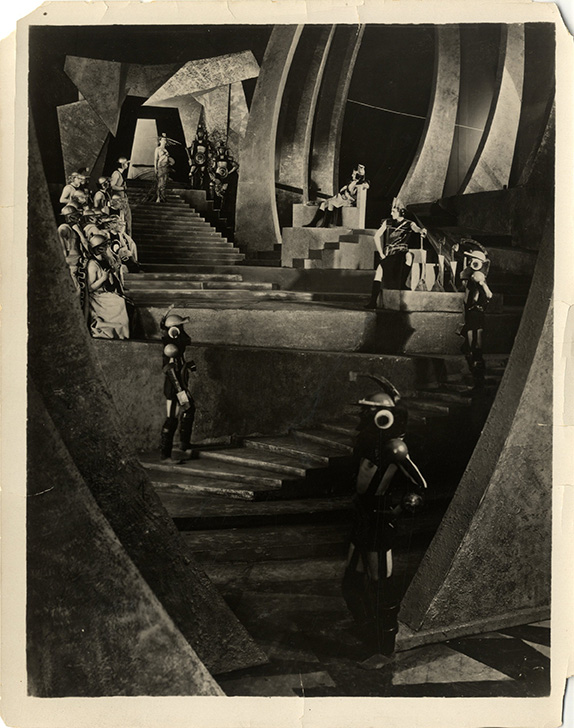 “Though the main focus of the story is the daily lives of a small group of people during the post-war Soviet Union, the enduring importance of the film comes from its early science fiction elements. It primarily tells of a young man, traveling to Mars in a rocket ship, where he leads a popular uprising against the ruling group of Elders, with the support of Queen Aelita who has fallen in love with him after watching him through a telescope…

“One of the earliest full-length films about space travel, the most notable part of the film remains its remarkable constructivist Martian sets by Isaac Rabinovich and Victor Simov and costumes designed by Aleksandra Ekster. Their influence can be seen in a number of later films, including the Flash Gordon serials and probably Fritz Lang’s Metropolis and Woman in the Moon.” (Wikipedia)