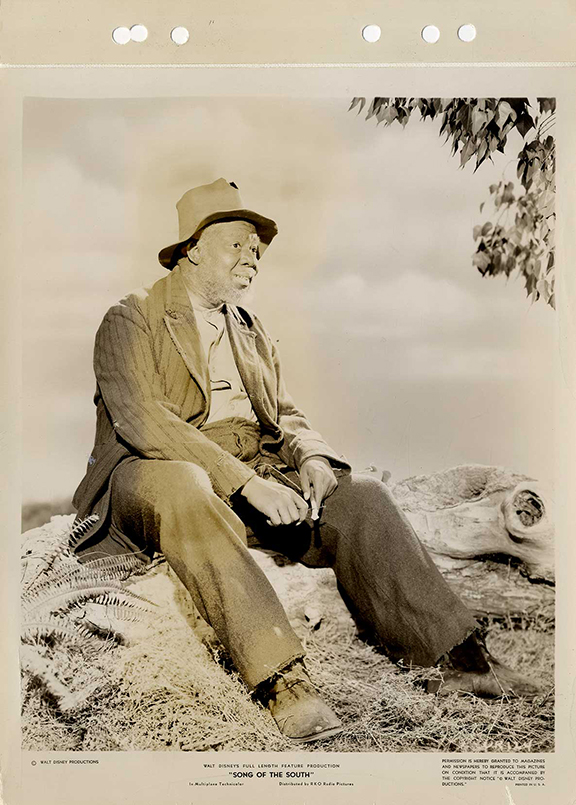 Three vintage original 8 x 11” (20 x 28 cm.) double weight sepia-tinted silver gelatin keybook photos, USA.
This Disney feature, which incorporate live action with animation in an adaptation of Joel Chandler Harris Uncle Remus stories, has long been out of circulation because of the racial stereotyping which troubled some critics even at the time of its original release.  However, the performances of James Baskett (Uncle Remus) and Hattie McDaniel (Aunt Tempy) have always been considered to transcend the film’s script.