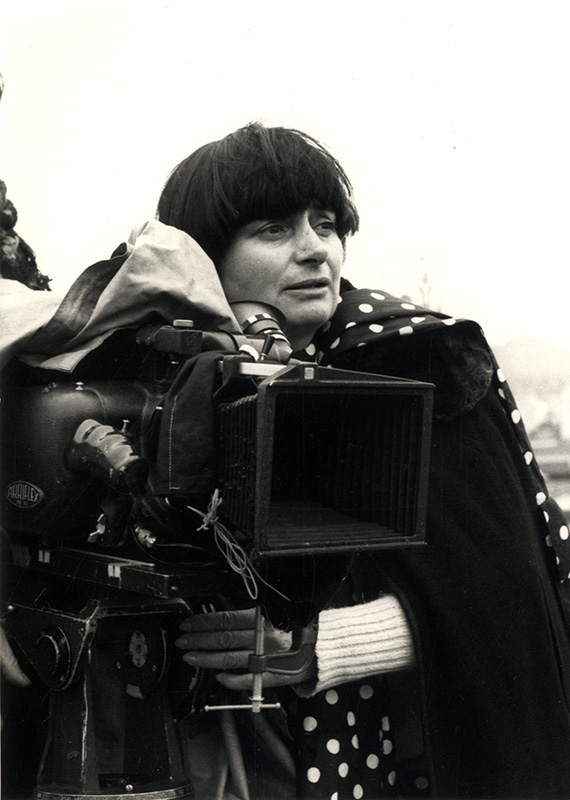 Collection of vintage original French promotional materials, all just about fine or better:

“French-Swedish 1966 film by Agnès Varda that recounts a story of a couple who have just moved to a new town and been in a car accident. The wife, Mylène Piccoli, has lost her voice in the accident and communicates through writing. The husband, Edgar Piccoli, is a science fiction writer working to produce his next book.” (wikipedia).

Time Out Film Guide (2000): “Attempts to analyze the media_Unwelot of fringe Hollywood in June ’68.” The film has Warhol superstar Viva along with Rado and Ragni (the creators of HAIR), experimental film director Shirley Clarke, the attempted murder of Andy Warhol, and the very real assasination of Robert Kennedy.

“The intertwined lives of two women in 1970s France, set against the progress of the women’s movement in which Agnes Varda was involved. Pomme and Suzanne meet when Pomme helps Suzanne obtain an abortion after a third pregnancy which she cannot afford. They lose contact but meet again ten years later. Pomme has become an unconventional singer, Suzanne a serious community worker – despite the contrast they remain friends and share in the various dramas of each others’ lives, in the process affirming their different female identities.” (imdb)