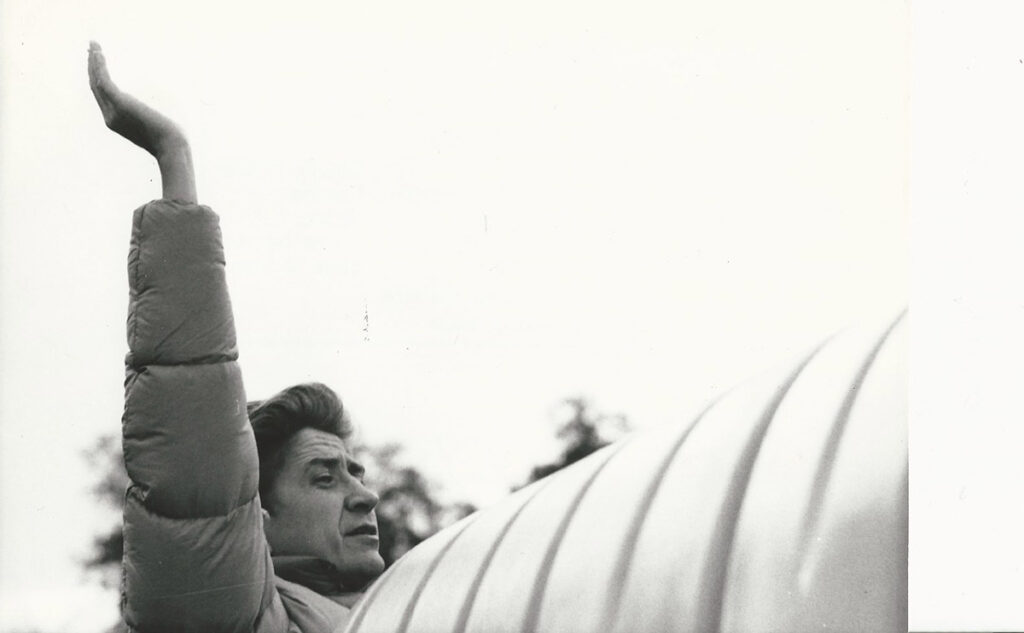 Science fiction film by Alain Resnais. That weird looking object next to him that looks like a giant pumpkin is, in fact, a time travel machine. The film’s hero participates in a mysterious experiment in time travel when he leaves the hospital after a suicide attempt. The experiment, intended to return him after one minute of observing the past, instead causes him to experience his past in a disjointed fashion.